The stunning nature of the Costa Blanca in Spain 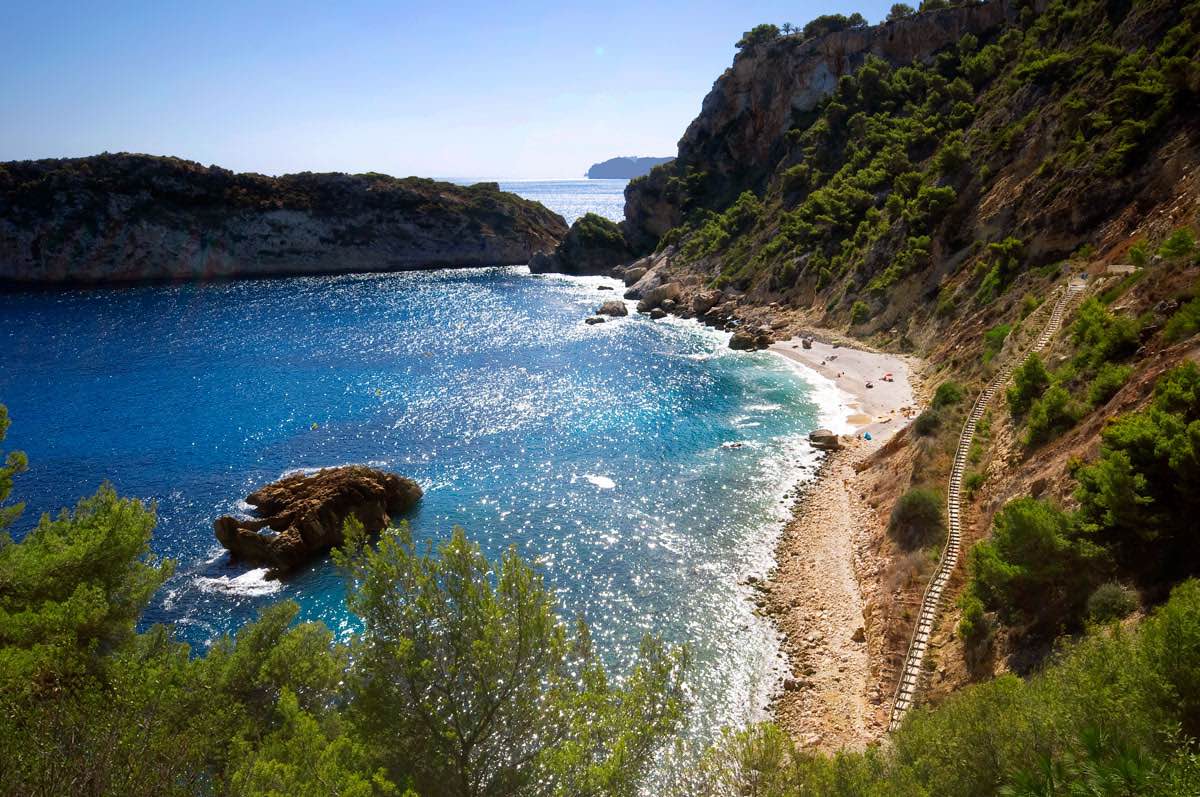 The landscape of the Costa Blanca is characterized by sea, but also by the mountains that overlook it. Alicante province is one of the most mountainous in Spain. It shows the Mediterranean landscape of his greatness. Costa Blanca has an impressive range of mountains, lakes, caves and natural parks. Looked over the fabulous beaches and vibrant night life, offering Costa Blanca also very much for the tourists who also appreciate spending part of their holiday to hiking, climbing, cycling or maybe more cultural things as art. We will in this article look at selected natural parks, caves and mountain walks from the wonderful scenery you will find on the Costa Blanca.

The province has a wide range of nature parks, among which is the coastal mountains (Serra Gelada in Benidorm, the Peñón de Ifach in Calpe and Montgo Denia) (Sierras de Mariola and Font Roja in Alcoy), as well as wetlands of high ecological value (Salinas de Santa Pola, lakes of Torrevieja – La Mata, is Hondo de Elche and Pego-Oliva), and the nature reserve Tabarca Island off the coast of Santa Pola. Cabo de San Antonio, between Javea and Denia, is another marine reserve on the Costa Blanca North, and is a recommended area for diving. Below you will find more information about the various nature parks on the Costa Blanca. 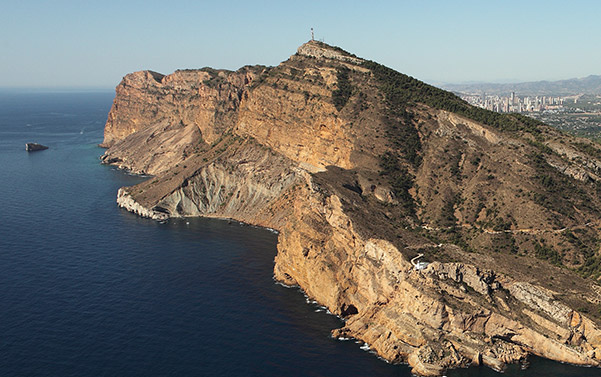 Along the sea at Costa Blanca runs the Serra Gelada, a unique nature reserve that stretches from Benidorm to L’Albir and holds both mainland, four islands and the sea around. Serra Gelada Natural Park is located in the Marina Baixa and consists of 5564 hectares, including 4920 hectares of marine and includes bays of Altea and Benidorm. Four islands, including Benidorm Island.

This famous rock stretches 332 meters from Calpe and is a popular walking area for visitors. The cliff is protected and offers a rich birdlife and over 300 plant species. The whole trip up to the top takes about an hour, but it is not something to recommend for those with a fear of heights. Steep, winding roads and a breathtaking view awaits the rest of you who dare, and from the top you can see all the way to Ibiza on a clear cloudless day. It is said that once very, very long ago, there lived two trolls in the mountains. The old hag was supposedly mean to troll hubby. One day the troll so angry at the old witch, – he took a large stone out of the rock and threw it far away. The stone landed on the waterfront in Calpe and is now known as mountain cliff Penon de lfach. 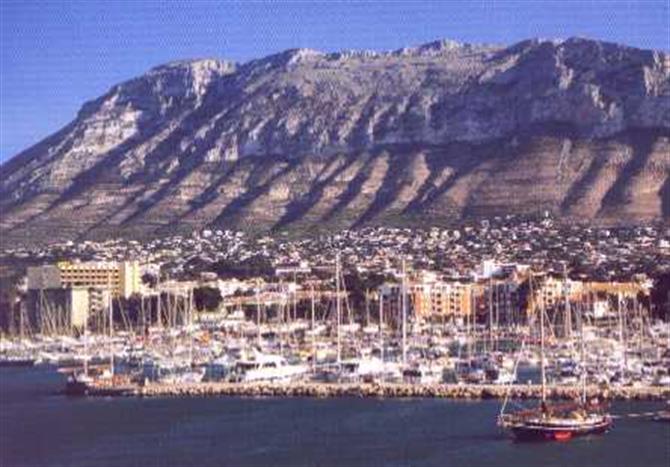 Natural Park of Montgo is located at 753 meters altitude and creates an impressive backdrop to the coastal towns of Denia and Javea. This is a popular area for all kinds of nature lovers who either walk or cycle along one of the many trails available there. These routes exist in all categories, both light and somewhat more difficult and it is not hard to find something tailored to their abilities and desires. A nice day out in Montgo may consist of any cycle of Javea Denia, and then return by boat from the port back to Javea again. There are more than 650 different species of plants here, including aromatic lavender, wild roses and thistles. Higher up you can also be lucky enough to see large birds of prey such as falcons, eagles, owls and of course seagulls. Of animals one can encounter in Montgo’s worm, lizards, hedgehogs and rabbits. Looking at the mountain from Javea may appear nearly head of an elephant, with trunk and all. 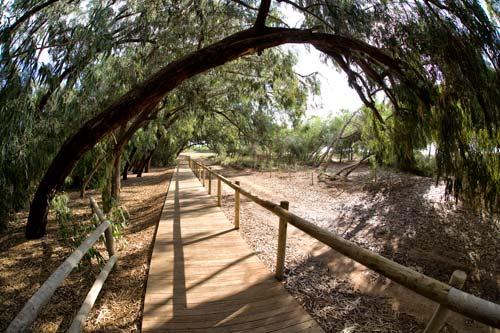 La Mata lagoons are surrounded by a unique landscape, and is a major tourist attraction. The entrance to the nature park located near La Mata beach in northern part of Torrevieja, and here we also find the modern visitors’ center “Centro de Información del Parque Natural.” The nature park with salt pans (Las Salinas) is a “must” for first time visitors to Torrevieja. The area consists of wetlands and saltwater lakes – used for salt production. The nature park is also an important conservation area for birds, and here one can spot various species of birds – including flamingos. Visitors have the opportunity to swim in the salt lagoon – which will be very healthy for people with ia arthritis, respiratory problems and rheumatism. The particular reddish color on one salt lagoon caused by algae, and is a favorite photo object. The nature park has great hiking and biking trails and visitor center is open most days of the year. Read more about the nature park El Parque Natural de la Lagunas de La Mata y Torrevieja 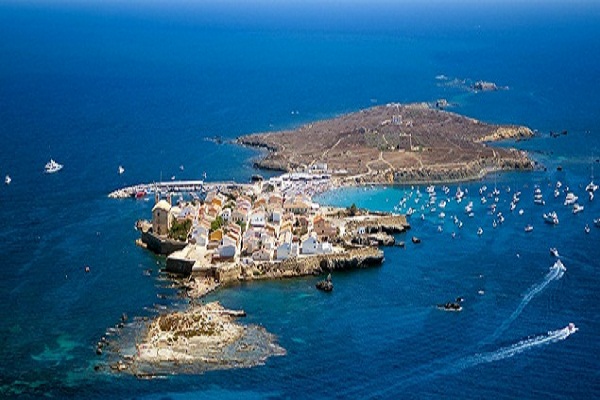 Tabarca is a small oasis suitable for snorkeling or for those who simply feel like a swim in the blue ocean. Tabarca is a small island, barely two kilometers long and half a kilometer wide, located just outside Alicante. It is perfect for a day trip and the boat trip takes only an hour from either Alicante, Santa Pola or Benidorm. That said, this is a dream island for those who like to sunbathe, snorkel or dive, and it is exciting to watch above and below the water surface. The picturesque fishing harbor is a wonderful place for a lunch consisting of fresh fish, shellfish and traditional caldero (an exquisite Spanish traditional fish and seafood stew). It is also possible to stay at de Compostella or the chic boutique hotel. 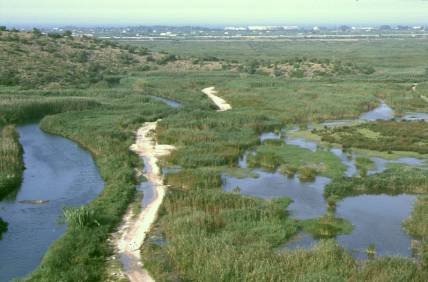 The area is considered to be one of the most important wetlands in the whole of Spain and is especially known for its natural beauty with its location between mountains and sea. Moreover, the area also has a unique and interesting mix of animals and nature, and the rivers are full of different fish species, including the rare carp-like fish “samarugon”. Likewise, there are numerous popular nesting sites for birds such as herons, grebes, terns and ducks.

Some of the most spectacular geological formations are the caves Canelobre Busot, Cueva de Calaveras Benidoleig and Cova de Rull in Vall de Ebo. In the section on natural landscape Fuentes del Algar in Callosa d’en Sarria deserves special mention. 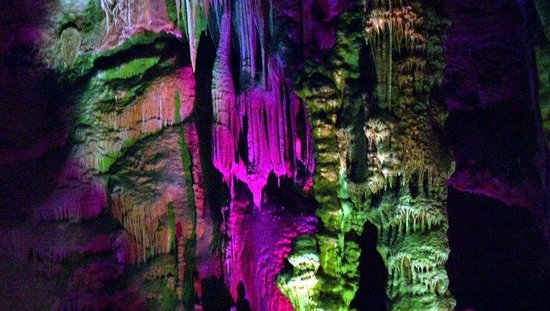 24 km northwest of Alicante in the small village of Busot, is one of Spain’s most impressive stalactite caves, Las Cuevas del Canelobre. In the well 75 meters deep cave we can see fantastic stalactite formations that have been created through hundreds of thousands of years. Las Cuevas de Canelobre is full of monumental stalagmites and stalactites. The former is stalactite growing up from the floor, while the stalactite grows down from the ceiling. Inside the giant cave gets the feeling of being in a natural cathedral decorated with the most amazing natural formations. 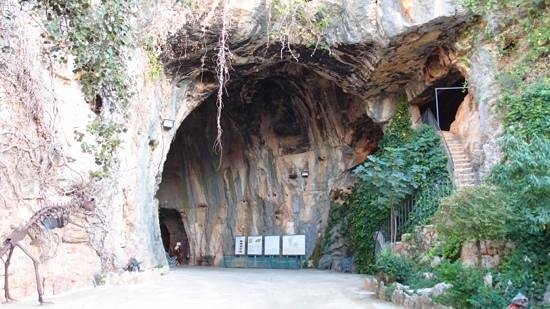 Cueva de Calaveras Benidoleig is a cavity formed in limestone from the early Cretaceous period, deposited for about 135 million years ago. The cave has great geological and archaeological value, with Palaeolithic and Neolithic remains after it has been found paleontological remains of hyenas, horses, bears, bulls, hippos and rhinos, which is now located in Alcoy Museum. The entrance is 70 meters above sea level and the cave extends 440 meters. Here you can see stalactites, stalagmites and large domes, more than 50 meters high. The last leg of the route leads you to a beautiful lake called Toll Blau. 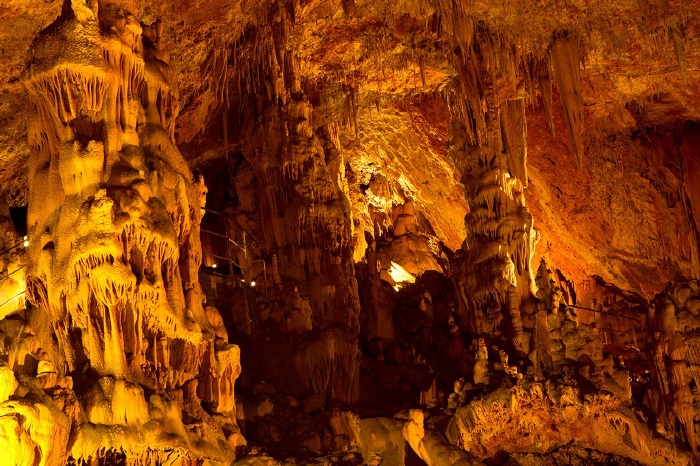 This cave is located at the small town of Vall d`Ebo, 30 km from Denia. Here one can admire rocks and mountains in all possible colors and shapes. A few minutes drive up the hill from Vall de Ebo, you will find Cova de Rull. Discovered in 1919 by a José Vicente Mengal when he tried to rescue his dog after it had disappeared. Cova de Rull (Curly Cave) is estimated to be between five and seven million years old. Visitors can take a 20-minute trip hiking through caves in amazing formations of stalactites and stalagmites. 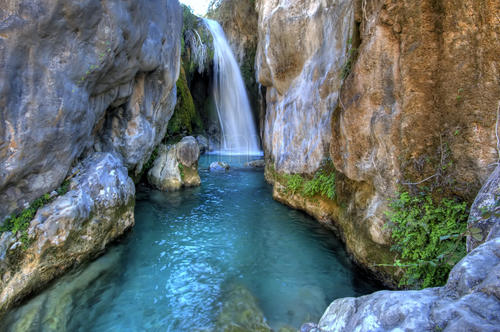 Las fuentes del Algar has become a hugely popular tourist destination. Maybe a bit too popular to visit on weekends, when there is a multitude of people. But if you have guests and you have exhausted Guadalest, Terra Mitica etc., then Las fuentes del Algar can be a good diversion. This particularly applies when the thermometer has passed 30, and there is little cooling to find in the pool and in the Mediterranean.

Costa Blanca has much more to offer than sun and beaches. The mountains also offer wonderful opportunities that should appeal to many Europeans. From a distance, the mountains look both sad and gray, but up close you can experience an exciting flora, dramatic scenery and traces of several thousand years of cultural history. Below you will find more information about the selected mountains on the Costa Blanca. 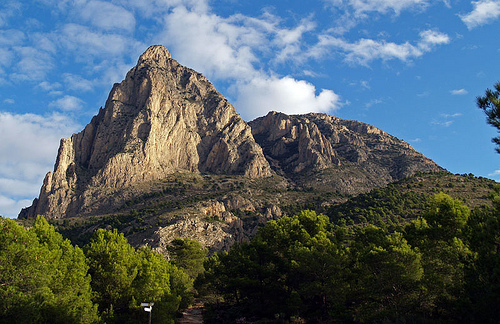 Anyone who lives in Marina Baja area of ​​Altea to Finestrat, can not fail to notice the strange, tall mountains with the inexplicable chopped. The mountain called Puig Campana and projecting at its peak, the entire 1410 meters above sea level. With its impressive rock walls, stands up as one of the most spectacular mountains of the Costa Blanca. The road up is fine and completely harmless, at least for people with good heart. The reward at the top is huge. A view that can completely take your breath away. 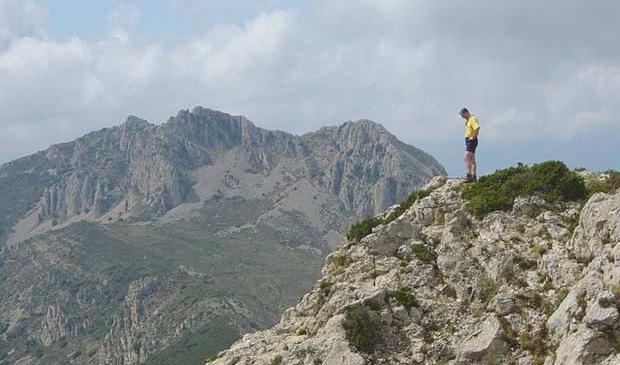 Sierra de Aitana in Spain is an exciting area, although the top does not get much out of them. It is covered with military construction, masts and tall fences that one sees much of the trip up. And a paved road up from the other side are not what you expect to encounter when a final when a high peak. Nevertheless, this is a trip to recommend!

Beaches of the Costa Blanca 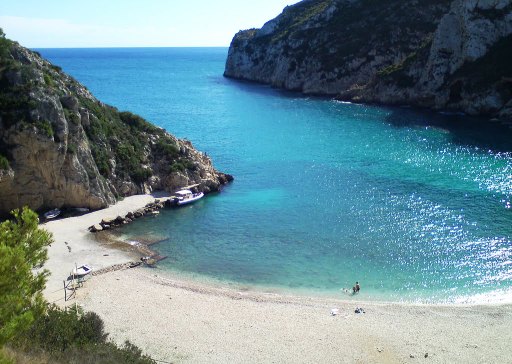 On the Costa Blanca you will find some of the world’s best beaches, and the White Rim has no less than 200 kilometers of beaches and they are all together in Alicante Province where you can enjoy lazy days in the sand in the relaxing climate of the Mediterranean. Read more about Costa Blanca beach guide, and see also the separate list of some of the better nudist beaches on the Costa Blanca

Now a day’s it is very popular to rent a car on your holiday in Costa blanca. The majority choose to pick up a car at Alicante Airport. With car rental you and your family have the opportunity to take pleasant day trips in Costa Blanca, take exciting excursions at your own pace and not be dependent on public transport. By comparing prices of car rental from several companies, you can save a lot of money. Check your prices on car hire in Spain now.