Alicante Airport El Altet in Spain. Alicante Airport – Aeropuerto de Alicante-Elche in located in Elche, 11 km southwest of Alicante. The airport is also called El Altet by the El Altet in Elx. Here, 80% of the traffic is international. El Altet has undergone a major expansion from 2005 to 2011. After rebuilding Alicante Airport has become one of Spain’s most modern airports with a capacity of 20 million passengers.

El Altet Airport on the Costa Blanca coast is the 6th busiest airport in Spain, and among the 50 busiest in Europe. The new airport was opened on 23 March 2011. The airport currently has a passenger mass at 9 million a year, but has a capacity of 20 million. Current terminal is 333,500 square meters. This new terminal building is on six floors together, with a new parking area on six floors and a total area of ​​122,500 square meters. Parking capacity is doubled from 2000 to 4200 parking spaces and virtually all P-spots are covered. The bus parking capacity is doubled from 31 to 60 buses. Number of check-in counters has been increased from 42 to 96 and outputs (gates) to the planes has doubled from 12 to 26 outputs.

The terminal building at the airport in Alicante can offer a very large area of ​​shops, restaurants and bars to suit your needs. Separated in the public area and departure area (having gotten past security check) you will find a huge amount of shops and boutiques. Especially when you need to “kill some time” and wait for your flight to leave you will find more than 50 shops, bars and restaurants ideal.

Transportation to and from Alicante airport 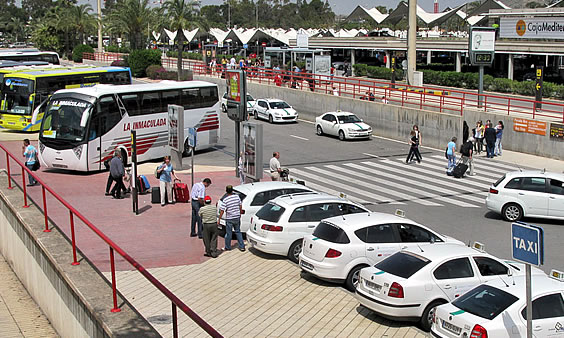 Outside the Arrivals Hall it easy to find a taxi, and a trip into Alicante center costs approximately 20 Euro. It is also possible to book and pay a taxi in advance at Radio Taxi Elche’s website. If you book and pay in advance, you get taxi ride even cheaper. 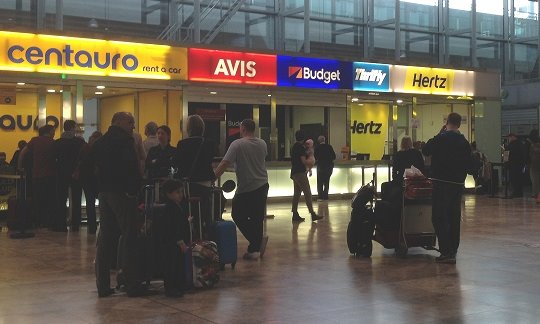 There are several bus companies that run between Alicante Airport and the city center. The cheapest way to get into the center is by bus C-6. Buses depart every 45 minutes and the trip takes about 40 min. Alicante airport has a so-called “Airport – to – Alicante City ‘bus line. The bus is labeled in Spanish “Centro Ciudad <> Aeropuerto” and go several times during the day. Line C-6, Bus stop outside the departure area of ​​the Alicante airport and is cheap – only 2.70 Euros to the center. Check timetables