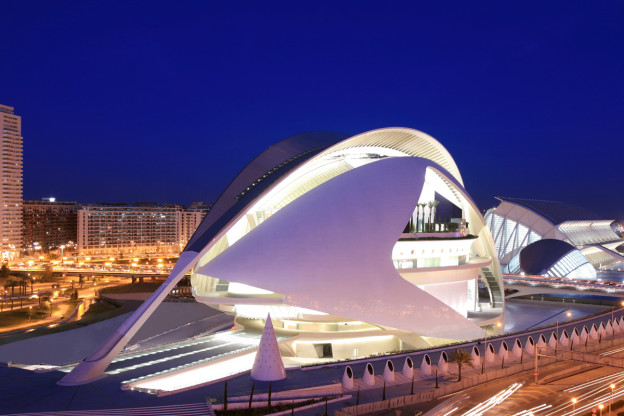 Valencia is a beautiful old city located on the Spanish Mediterranean coast. Although Valencia is the third largest city in Spain, it has for years been overlooked by tourists who instead opted capital Madrid, or Barcelona in the north.. But now this is about to change, and Spain visitors have discovered Valencia’s wide range of attractions.

Valencia was founded as a Roman colony by Consul Decimus Junius Brutus Callaicus in 138 BC, and called Valentia Edetanorum. In 711 occupied muslimenebyen, introducing their own language, religion and customs. In 1238, recaptured the Christian King James I of Aragon city and divided the land among the nobles who helped him conquer it, as we have seen in Llibre del Repartiment. He also created a new law for the town, Furs of Valencia, which was extended to the rest of the kingdom of Valencia. 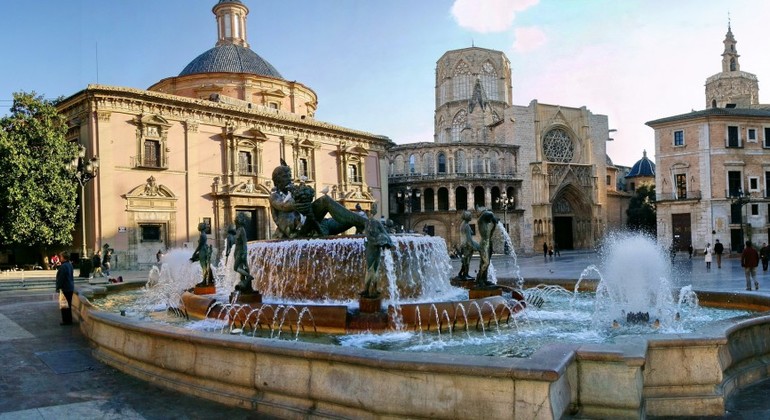 The city lies on the banks of the Turia, on the east coast of the Iberian Peninsula, Gulf of Valencia on the Mediterranean. Its historic center is one of the largest in Spain, with approximately 169 acres, this heritage of ancient monuments and cultural attractions makes Valencia one of the country’s most popular tourist destinations. In the center we find the remains of the old city which is Torres de Quart and Torres de Serrano, which in medieval times was the old gates to the city, now it way to a magnificent old town, known as El Barrio del Carmen. In the museum The Museum of Modern Art (IVAM) can be found here, with exhibits dedicated to the sculptor Julio González. 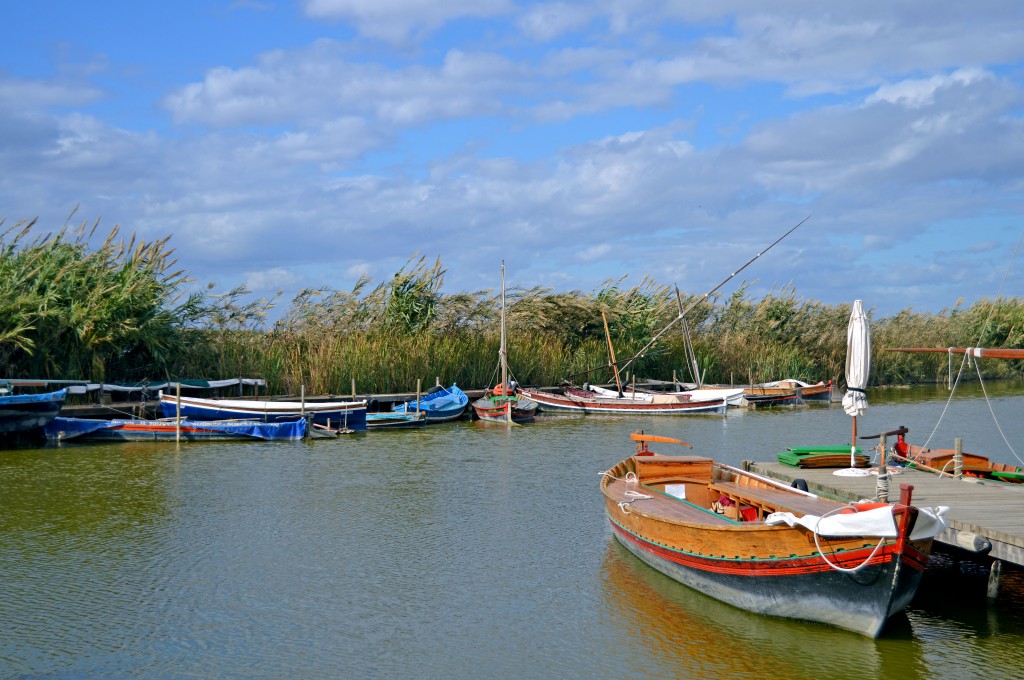 The largest lake in Spain with great ecological interest because of its unique species of birds that can be found here. In the village of El Palmar in Valencia, you can enjoy dishes and enjoy a boat ride on the Albufera to admire the different shades of the sunset.

Valencia the City of Science 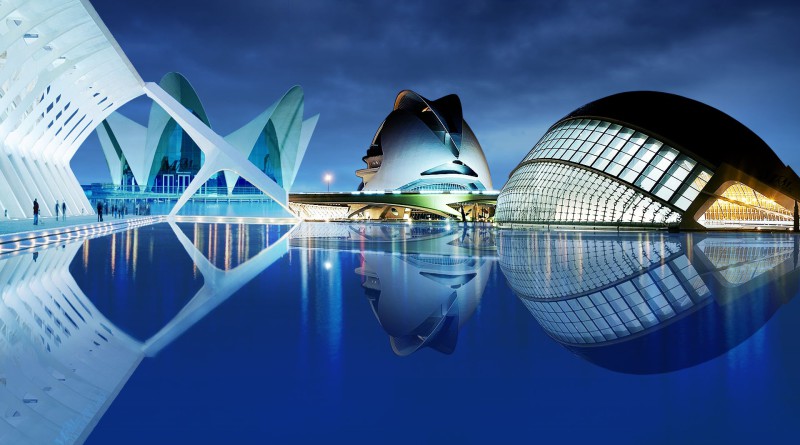 This is only a tiny part of Valencia, but a significant part. Science city attracts tourists from all corners of the globe and has really put the city on the world map with its extraordinary architecture. It is as the architect says, a city that must be experienced on foot and without paying a centimo. You can actually walk seven kilometers inside the complex and only take impressions from the huge buildings.

Fiestas – celebrations and festivals in Valencia 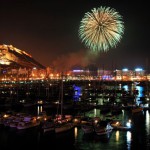 Fiesta in the Valenica region. There are countless festivals that stand out for their popular participation, and colorful and spectacular shows. They are a cultural tourist attraction with various themes throughout the year. It includes festivals like Las Fallas, Bonfires of San Juan, the Moors and Christians or Easter celebrations. Fire, gunpowder, music, colorful exhibits and entertainment is naturally associated with the celebrations of Valencia, which has been organized for centuries. Read more about fiestas and festivals in Valencia 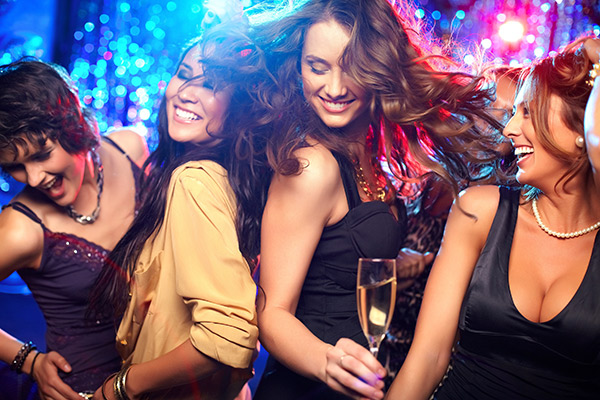 Nightclubs, bars and nightlife in ValenciaSom Spain’s third largest city, it is nothing to expect that the nightlife in Valencia is a city worthy. Here you will find everything you need as bars and clubs, perfect when you are going out on the town with friends or family in Valencia. Spanish cities are often described as party destinations in foreign travel guides, Valencia is one of them, and mentioned the fact that the city with the absolute best nightlife among the Spaniards themselves. Maybe it’s because the university has over 100 000 students. No one is out until after 23.00, and most bars stay open until 02:00 or later. The nightclubs open late and stays open until the earlier morning hours. Nightlife in Valencia is seasonal, and is at its liveliest during the months of June to August. Most places with outdoor terraces closes from November to April. Read more about nightlife in Valencia 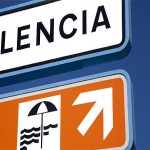 Valencia has a number of beaches that you can enjoy during the summer. Most of them can be found in the list of Blue Flag beaches in the Valencia region. Of all the beaches in Valencia, there are 13 beaches in Valencia that surpasses the rest in relation to location, water quality or atmosphere. Valencia region is bilingual, and a lot of signs and information stands in both Spanish and valentiansk. The big difference is admittedly not, and there are few language problems between the two language groups, which can be compared with the Norwegian language. The beaches in Communidad Valencia is undoubtedly the best in Spain. Hundred kilometers of coastline with beaches to experience one will never forget. Read more about beaches in Valencia 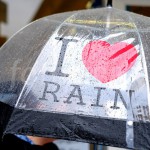 The climate in Valencia is hot and dazzling, and that is the two attributes that best define the climate of Valencia. The moisture in Valencia can be quite high, one particular can mark the summer. The average annual temperature is 17ºC with warm summers and very mild winters, rarely below 10ºC. There is only light rainfall mainly in autumn and early spring. Throughout the summer it is hot in Valencia, but it’s not too hot. On average in summer is around 30 ° C with mild humidity. Throughout June, the average daily temperature of around 22ºC, with gradual increases to 27ºC at the end of the season. Like the other Mediterranean coastal cities, Valencia has a sea breeze which helps keep summer comfortable. Read more about climate in Valencia

Things to see and do in Valencia 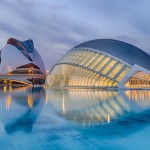 Valencia has a rich cultural life with numerous museums and art galleries, theater, opera houses and concerts. Approximately 5 km from the center there are in addition some of Spain’s best beaches. Here we give you a list of the 34 most important things to see and do in Valencia. Things that are worth experiencing during your holidays in this wonderful city. Read more about things to see and do in Valencia 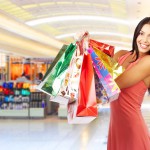 The great city of Valencia is a mecca for those who enjoy shopping. Here you will find everything you can imagine from designer shops to browse markets. The most traditional shopping area of Valencia is located south of the historic center and in its surroundings. The main streets are Colon, John of Austria, Jorge Juan, Cirilo Amorós and Calle La Paz. If you like fashion and designer ready, you’ll find them in the street Poeta Querol, between Calle La Paz and Calle Las Barcas. Read more about shopping in Valencia 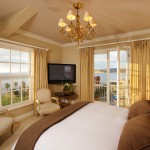 Valencia as a vacation destination has grown sharply in recent years, and for that reason there are not enough hotel rooms to meet the high demand. During peak periods, it is difficult to find any available hotel in Valencia city center at an affordable price. And under Valencia’s famous festivals and other major events, remember to book in advance. We will here us the best Valencia region of Spain. Hotel crammed with elleganse and full of Valencian history. Read more about hotels in Valencia 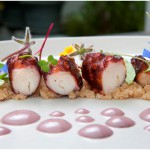 To find where to eat in Valencia is not a problem, as there are many very good restaurants in the Valencia region and the selection is huge no matter what type of food you like. Mediterranean diet is predominant in the kitchen, and the region is rich in rice and fresh vegetables as well as fish stocks from the coast. The emergence of quality restaurants in Valencia has also created many famous chefs Quique Dacosta, Jorge Breton, Alejandro del Toro or Quique Barella. Restaurants like El Poblet or Vertical are too many known but also new initiatives such as Bar Tonyina, Mar d’Avellanes or restaurants at the 5 star hotels in the city, provides some good reasons to visit Valencia. Read more about restaurants in Valencia 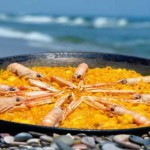 Valencia is the capital of the autonomous community of Valencia and the third largest city in Spain after Madrid and Barcelona, with around 800,000 inhabitants in the administrative centre. Its urban area extends beyond the administrative city limits with a population of around 1.5–1.6 million people. Valencia is Spain’s third largest metropolitan area, with a population ranging from 1.7 to 2.5 million. The Port of Valencia is the 5th busiest container port in Europe and the busiest container port on the Mediterranean Sea. The city is ranked at Gamma in the Globalization and World Cities Research Network. Read more about facts about Valencia

If you need car hire for your stay in Valencia, it is easiest to order it for pickup when you land at Valencia Airport. Then you can easily return it when traveling back to your home country, and you do not need alternate transportation to and from Valencia Airport. In most cases, this is less expensive than using small local suppliers in central Valencia. Read more about car hire in Valencia