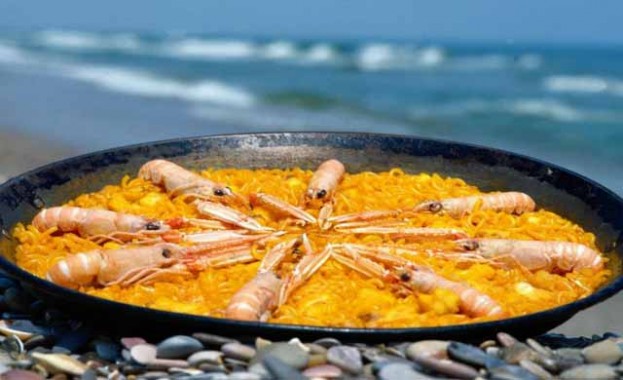 Valencia is the capital of the autonomous community of Valencia and the third largest city in Spain after Madrid and Barcelona, with around 800,000 inhabitants in the administrative centre. Its urban area extends beyond the administrative city limits with a population of around 1.5–1.6 million people. We will in this article give you interesting facts about Valencia.

Valencia was founded as a Roman colony by the consul Decimus Junius Brutus Callaicus in 138 BC, and called Valentia Edetanorum. In 711 the Muslims occupied the city, introducing their language, religion and customs; they implemented improved irrigation systems and the cultivation of new crops as well, being capital of the Taifa of Valencia. In 1238 the Christian king James I of Aragon reconquered the city and divided the land among the nobles who helped him conquer it, as witnessed in the Llibre del Repartiment. He also created a new law for the city, the Furs of Valencia, which were extended to the rest of the Kingdom of Valencia. In 18th century Philip V of Spain abolished the privileges as punishment to the kingdom of Valencia for aligning with the Habsburg side in the War of Spanish Succession. Valencia was the capital of Spain when Joseph I moved there the Court in summer of 1812, and was capital of Spain between 1936 and 1937 during the Second Spanish Republic.

Valencia is integrated into an industrial area on the Costa del Azahar (Orange Blossom Coast). Valencia’s main festival is the Falles. The traditional Spanish dish, paella, originated in Valencia.

The city of Valencia is located on the Mediterranean coast of the Iberian Peninsula, on the great alluvial plain of the Júcar and Turia rivers, right in the center of the Gulf of Valencia. The original city was located about four kilometers from the sea, on a river island in the Turia. The closest city to the mountains are some of the foothills of the Iberian system in Valencia, as the Cabeçol of El Puig and the Sierra Calderona, about 12 km and 25 km respectively north of the city. Valencia has traditionally been the capital of historical and natural region of the Huerta de Valencia. However, after the autonomic local division of 1987 the municipality of Valencia has made itself a new region, known as the “City of Valencia”. Thus, the region of Valencia extends only to the city, its districts, and Lake Albufera.

City of Arts and Sciences

Sign the Valencian architect Santiago Calatrava one of the examples of futuristic architecture of Spain. Among its buildings we can find L’Hemisferi, an IMAX, Oceanografic the largest aquarium in Europe, Science Museum Prince Felipe and the Palau de les Arts Reina Sofía film collecting Opera Valencia. Along with these wonderful buildings also they surprise us Bridge Assut de l’Or and the ‘Agora building.

The city is situated on the banks of the Turia, on the east coast of the Iberian Peninsula, fronting the Gulf of Valencia on the Mediterranean Sea. Its historic centre is one of the largest in Spain, with approximately 169 hectares; this heritage of ancient monuments, views and cultural attractions makes Valencia one of the country’s most popular tourist destinations.

The largest lake in Spain with great ecological interest in the unique variety of waterfowl species that can be found. In the village of El Palmar Valencia you can enjoy dishes and enjoy a boat ride on the Albufera to admire the different shades of the sunset.

A few meters away from the beaches of El Cabanyal (Las Arenas) and La Malvarrosa with a wide promenade that we can enjoy. Along this walk we can enjoy the various typical dishes of the city as it can be a great paella, in any restaurant or local. Nearby it is also the beach of El Saler. Read more about beaches in Valencia