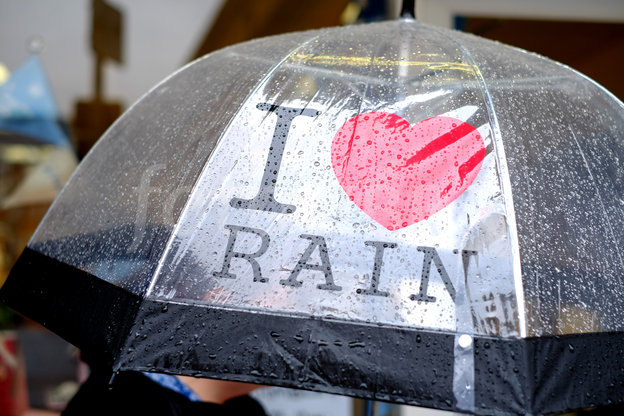 Warm and dazzling. Are the two attributes that best define atmospheric climate of Valencia, considered enviable by many of the tourists coming to the city attracted by the Mediterranean sun. The light that illuminates the city, both in winter and summer, is widespread comment of its visitors, both those who come from countries with colder, wetter climates, England and Germany, as the people of cities in the Bay of Biscay – Santander and Oviedo, for example, highlighting admired the clear atmosphere surrounding the Valencian capital during most of the year.

Valencia exemplifies certainly the sweet climate that has become myth the Spanish Mediterranean coasts, although like all legends reality demystify handles part of popular belief. And in recent years this situation has resulted, thanks to the growth of the metropolitan area, in altering weather conditions, with the formation of a notable heat island, and plugging regime breezes during the summer months alleviate high temperatures throughout the Mediterranean coast.

As in other areas of Spain paign and the rest of the northern hemisphere, now the seasons are not as defined as the mid-twentieth century, a fact that Valencia could be accentuating the aforementioned effect of heat island, in recent decades it is shaping its own climate, a different urban microclimate in many respects, especially in the thermal-to rural areas of the environment regime. Winters, except the next weeks solstice -around 21 December- and the first days of the year are usually warm, and summers increasingly hot. In the months of June, July, August and September has increased significantly the number of tropical nights, ie, those in which the temperatures do not drop below 20 ° C, which in the city center makes it harder called climate welfare, temperatures remain above the values ​​needed for the comfort of our body. The current summer, then, is more extreme than could be enjoyed for decades.

Anyway, winter and summer keep the traits of the season, but spring and autumn are lost, however, some of its identity. These two stations, which are actually transition show such signs of variability in the current climate, many years is unpredictable behavior of the atmosphere, although this is not exclusive to Valencia, but also affects the rest of the Mediterranean in Spain. 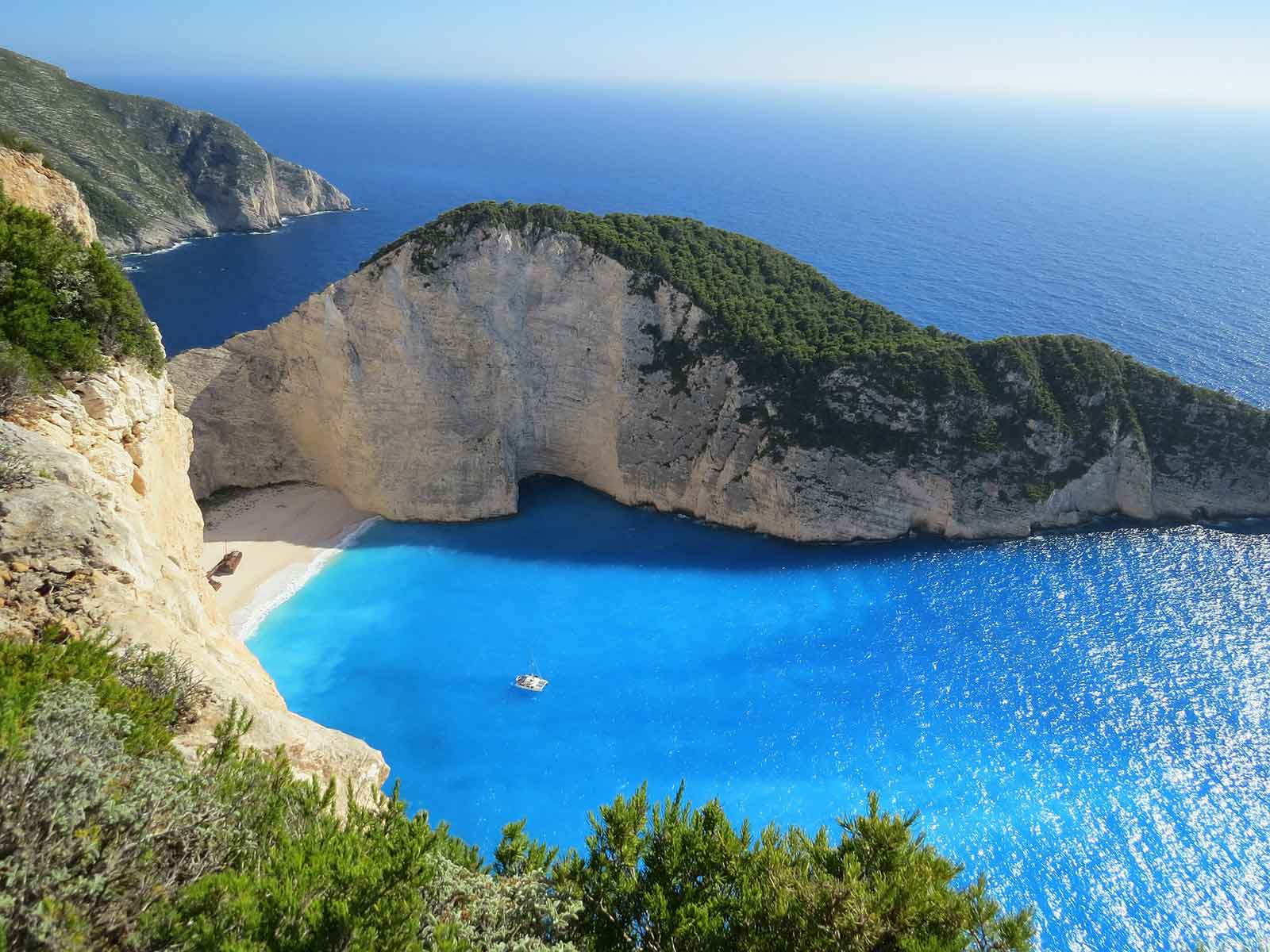 The Warmth and Thermal regime

With an average annual temperature of 17.8 ° C -dato climate reference period 1971-2000-, Valencia is part of the constellation of warmer capital of the peninsula. The annual average is the same with Alicante and Murcia, and only surpassed by Almeria -the warmer with 18.7 ° C, Malaga, Seville, Cadiz and Huelva.

Except in July and August, the thermal regime is smooth. The winter quarter, from December to February, is not usually cold and during the middle of the day it is usual that the thermometers to move around very nice values ​​between 15 and 20 ° C. January with an average temperature of 11.5 ° C, is the coldest month, followed in December (12.4) and February (12.6) that if formerly was known for its fearsome waves of cold today more often highlighted by the arrival of waves of warm air from the west, that give almost spring shades that had not before. A mid-twentieth century in February was somewhat colder than December, but now is two tenths on average warmer.

August and July are, in this order, the warmest months, with average temperatures of 25.5 and 24.9 ° C, respectively. In both, however, the regime itself breezes of a city bathed by the Mediterranean gets extraordinarily smooth heat, so that the average daily maximum temperature does not exceed 30 ° C in any of the two months. However, it is evident today that a large part of the town of Valencia can not benefit from the sweetener effect exerted by the sea breezes, because of the barrier effect produced by the large area built that outdoes all the waterfront and neighborhoods closer and block up the wind.

Moreover, the whole city stored in this a higher rate of heat energy received during the day with solar radiation, which at night results in higher temperatures throughout the year. In winter this makes the calm and clear nights are less cold, but also in summer are warmer, hence now the average minimum temperature is 20.8 ° C in July and 21.4 in August. Two months have passed the barrier of 20 ° C in average minimum temperatures their while mid-twentieth century were below that threshold.

The record heat in Valencia are registered 43.0 ° C were reached on 27 August 2010, beating the previous record mark of 42.5 ° C on 24 August 1994. Both of these correspond to invasions warm air from the west. Under these conditions the regime breaks breezes and abnormally high temperatures are reached. The peaks of heat more intense than it has been in the history of the city have occurred in such circumstances, although fortunately only usually last one or two days, but exceptionally, and in 1994 was the warmest year in recent times there have been episodes with great persistence westerly circulation.

During the twentieth century and so far this XXI, the lowest temperature recorded have been -7.2 ° C of 11 February 1956, but the late nineteenth century reached -8.0 January 18 1891. Both figures are anecdotal in a global analysis, but occasionally frosts few days, usually in the first few weeks of the year or in the last days of December, when the nights are longer. Currently, however, the heat island created by Valencia has significantly reduced the number of frost. 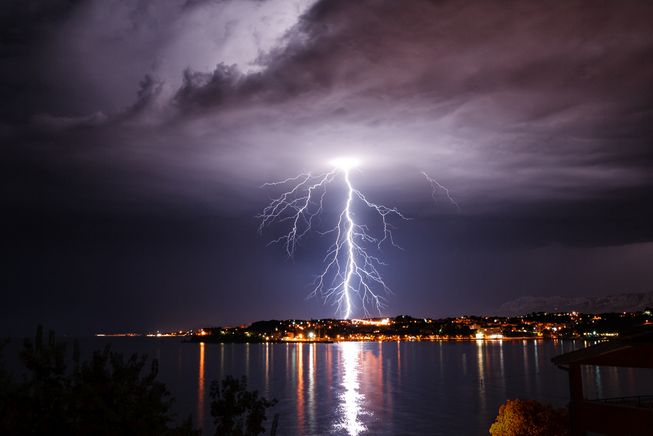 The Rain and Storm

One of the most predictable aspects of rainfall in Valencia is the autumnal maximum rainfall, which it shares with the rest of the Mediterranean basin and which is due to the higher frequency of temporary lift during the quarter from September to November. October, with an average of 74 liters per square meter, is the wettest month, followed by December, with an average of 52. September and November share an average of 51 liters and, although exceeding them slightly in December, conform with October wettest period of the year, which is not uncommon for torrential episodes in just one day or a few hours, may fall rainfall amounts equivalent to a quarter or even half the average annual rainfall occur. In this regard, the record precipitation collected in 24 hours are 262.6 liters per square meter of November 17, 1956.

The maximum amount of rain accumulated over a month is 365.6 liters per square meter, a figure which corresponds to October 1965. And that October, in addition to being together the wettest month is the one that meets the more favorable conditions for temporary heavy rain, like those who accompanied the tragic flood of the Turia on 13 and 14 October 1957, in which Valencia suffered one of the worst floods in its history occur. 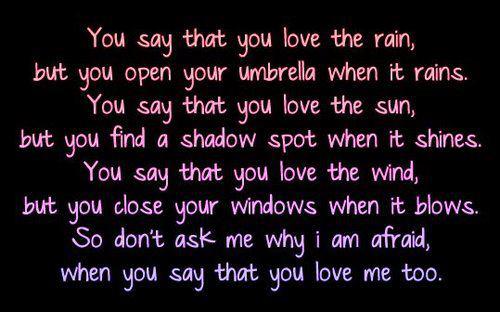 The driest periods of the year are concentrated around the summer solstice, July is the least rainy month, with only 9 liters per square meter on average. August with 19 and June 23, in second and third place. Regardless of these specific data, in the climate of Valencia it is relatively common that some months no rain absolutely nothing. precipitation null balance sheets have ever given every month during the period 1971-2000, with three exceptions: March, April and October.

Comparatively climate half a century there have been some changes in the seasonal distribution of rainfall, but in essence the regime seems to be basically the same in spring, summer and early fall. The most striking change is in November and December, ie at the end of autumn and early winter, which broadly today seem wettest than before. November has gone from a monthly average rainfall of 36 liters per square meter in the period 1938-1960 to 51 in 1971-2000, and in December the increase is 37-52 liters on average if we compare both periods.

In the 40s, 50s and 60s of the twentieth century the snow was present in Valencia, with regular snowfall that came to cover the city in a white robe. Later, however, there was in the last century no case in which the snow came to fruition on city streets as it did long ago. In February 1983 and in 2005 and 2006 snow fell more or less symbolic, but without covering roofs and streets. The last time snow caught on in the streets of Valencia in the twentieth century was the January 11, 1960.

In chapter rainfall, storms also play a significant role. an average of 17 thunderstorm days a year, of which the third part focuses on the second half of August and September is posted. 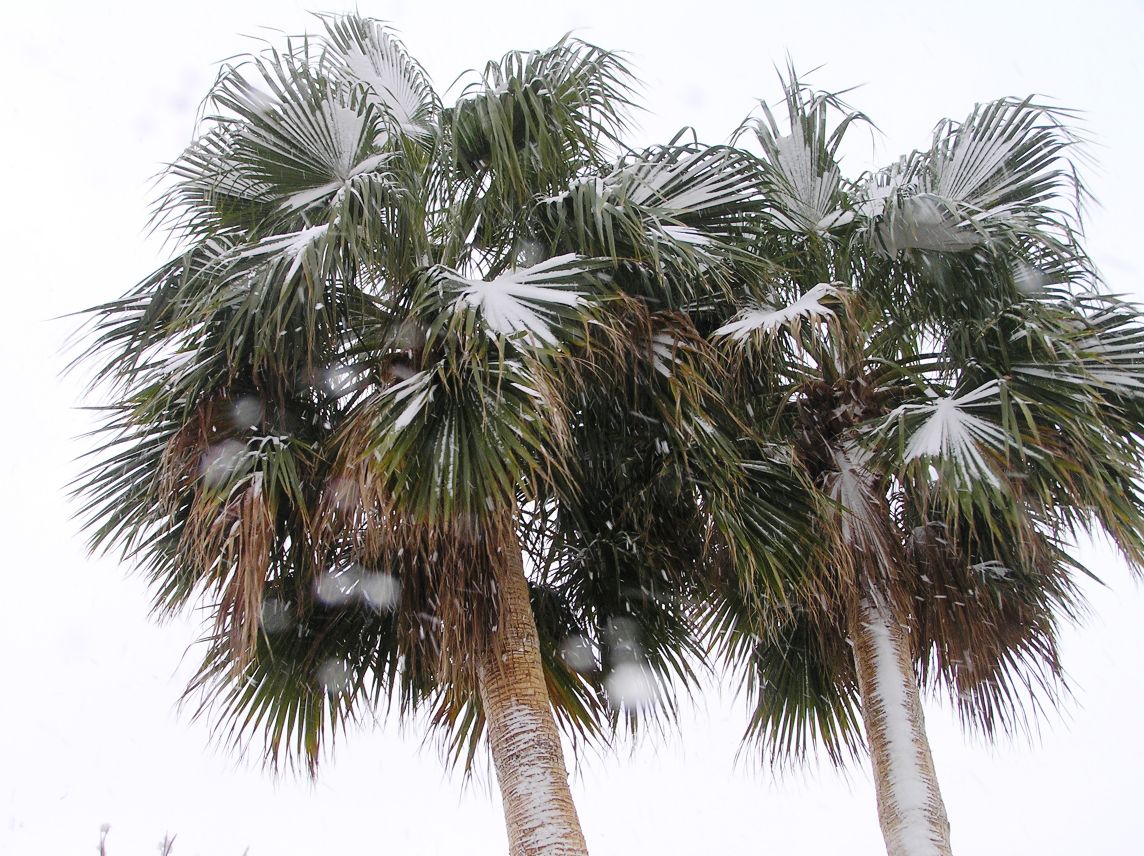 The fame of luminous city of Valencia is easily explained: there is an average of 2,660 hours of sunshine after a year and only 51 of the 365 days the sky is overcast. These two data, when compared with many other Spanish cities, mainly those of the Cantabrian, awarded to Valencia an atmospheric privilege, though certainly not exclusive to it and share it with other Mediterranean capitals, like her sisters Alicante and Castellón . As comparative data sufficient to note that some cities in the north of the peninsula only have between 1,600 and 1,700 hours of sunshine a year, ie, about 1,000 less than Valencia.

Heatstroke, as is logical, peaks in the summer months, which in July stands out with its 314 hours of sunshine, followed by August with 285 and June with 271. These data obviously must both own bonanza summer as day length at that time of year. Despite the above data, it is common to hear in the mouths of the people of Valencia complaints concerning the prevailing moisture in the capital. Being a maritime city, humidity levels are higher than those given on the inside, where the air is usually drier. And there must be some truth in it, because the most frequent complaints occur in summer and winter, when the data support that this is the wettest periods of the year. August, with an average of 68%, is the wettest month, something that should not go unnoticed because it coincides with the highest temperatures of the year. Early mornings of the month, with temperatures in many cases do not fall below 23-24 ° C and humidity close to 100%, are not the most appropriate to sleep and put a counterpoint to the global virtues showing in Valencia field of climate welfare.

And a note on the wind: Valencia is not a windy city, although enough so that the dispersion of pollutants from urban traffic more effectively than in other capitals of the same size. The breezes are clear protagonists in the chapter of the wind, but mainly in the summer months, because the rest of the year are masked by the dominant atmospheric circulation. In the rose frequency wind notes that in July and August, thanks to the sea breezes, the dominant direction is the southeast, but in the winter months most often corresponds to the west because the zonal atmospheric circulation in latitude Peninsula comes from that direction.

Sometimes the east wind storms that accompany the autumnal episodes of heavy rains have had a significant impact on the coast because of strong waves, but the maximum spells in Valencia correspond to northwesterly winds. The record of recent decades are 117 kilometers per hour from 25 February 1989. day that produced one of the worst time in recent history of Valencia.

Finally, note that Valencia it’s a destination with big demand for car rentals. Don’t forget to book your car hire as soon as you can. RentaCarBestPrice.com letting to compare, book and save up to 70%, get best price and great satisfaction. People’s first choice!