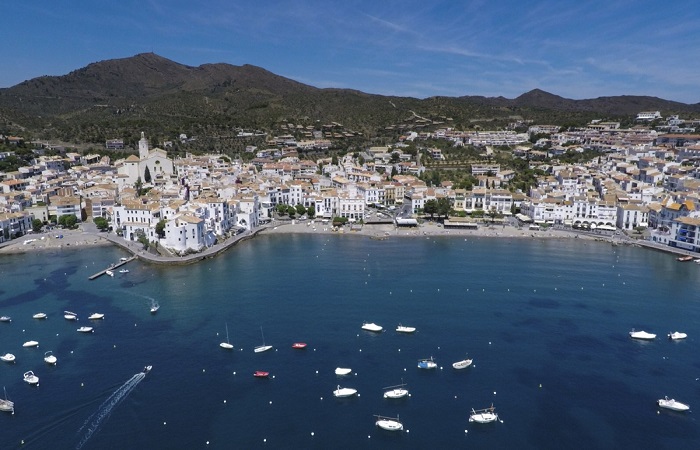 Costa Brava is a 160 kilometer stretch of beautiful coast in the Catalonia region in the northeast corner of Spain. Natural beauty, endless miles of sandy beaches and summer sun. You will find modern, international tourist resorts here with tall hotels along unspoilt, warm, rocky coves and medieval towns with ancient castles. Everything you need to know about Costa Brava coast in Spain.

Towns on the Costa Brava

The Costa Brava is probably the least known stretch along the Spanish Mediterranean coast. As the name indicates, it is far more dramatic and can not show as many cubic meters of fine sand as the tourist magnet in the south. In return, the Costa Brava and the Catalan coast are blessed with a nature that surprises and impresses even the most bereaved of us. Famous cities on the Costa Brava are the metropolitan areas of Barcelona and Girona. 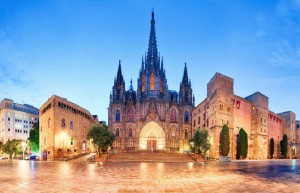 As a destination, the city of Barcelona has a lot to offer. Only the architecture is enough to make Barcelona one of Europe’s most interesting places. There is a unique nightlife, a wealth of world-class museums and gastronomy, to name a few of the patches. The city boasts great artists like Gaudi, Dalí, Barceló and Miró. And did you know that Barcelona is the only European metropolis that has four kilometers of sandy beach? There is thus the possibility of both sun, bath and big waves in the world metropolis of Barcelona. Nightlife is mostly concentrated in the area of ​​”Puerto Olímpico” (the Olympic harbor) where you will find discotheques, nightclubs, bars, restaurants and more. If you go all the way down to the end of La Rambla, “Puerto Olímipico” is on the left. The port area located right below La Rambla is called “Port Vell” (the old harbor). There is a good selection of Spanish restaurants in all price ranges with typical Spanish food, seafood, paella etc. And do not forget the dessert “Crema Catalana”, a caramel pudding typical of the region. Read more about Barcelona 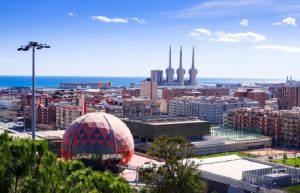 Badalona is a city east in Catalonia, Spain. It is located in Comarca of Barcelona, ​​connected to Barcelona, ​​and part of its urban area. It is located on the left bank of the Besòs River and the Mediterranean Sea, supported by the Serra de la Marina mountain range. Badalona is the third most populated municipality in Catalonia after Barcelona and L’Hospitalet de Llobregat. It became a city in 1897. The city is today ruled by Partido Popular. The beach in Badalona is long and nice with good facilities and a pier, but this is also an urban beach. Badalona is Spain’s fourth largest city, so the beach can be as crowded as in Barcelona. Read more about Badalona 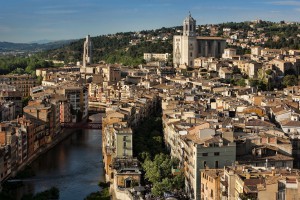 Girona is a city in the northeastern part of Catalonia, at the confluence of the Ter, Onyar, Galligants, and Güell and has an official population of 96 722 by January 2011. It is the capital of the province with the same name and of Comarca of Gironès. It is located 99 km (62 km) northeast of Barcelona. Girona is one of the major Catalan towns. Girona has a mild climate. In winter, temperatures may drop below -5 ° C (23 ° F) sometimes due to winds coming from the Pyrenees. Summer temperatures often rise to about 30-40 ° C (86-104 ° F) during high season in July and August. Rain is common in the winter and in the spring and thunder occurs frequently. Read more about Girona

Need Car hire on your holiday in Costa Brava?

The majority choose to pick up a car at Barcelona Airport. With car rental you and your family have the opportunity to take pleasant day trips, take exciting excursions at your own pace and not be dependent on public transport. By comparing prices of car rental from several companies, you can save a lot of money. Check your prices on car hire in Barcelona now.