Rental Car Zagreb
RentaCarBestPrice.com compare prices from a number of car rental companies and find the best price on car rental. All prices on car rentals in Zagreb include necessary insurance and unlimited mileage. 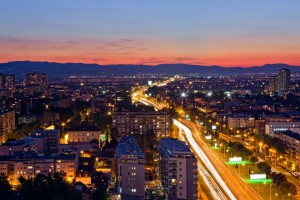 Zagreb is Croatia’s capital, and the country’s largest city. Zagreb lies on the River Sava northeast of Croatia. The center core has a population of 690,000, while the suburbs are the population of one million.

Zagreb is known for hosting the World Cup in alpine skiing. In January held slalom for women. The city has several historic buildings, and consists of an upper and a lower district: Gornji degree and Donju degree. In the lower town are restaurants, bars and tourist attractions, while the medieval town located in the upper part. Here is Stephen’s Cathedral which was begun in 1093, and Archbishop palace from the 1700s. Donji grad was built after 1800. Here are many of the city’s museums and the National Theatre in neo-baroque style. The city that was bombarded in the civil war in 1991 has one of the largest cemeteries in the world. Zagreb also has several art museums: Mimara museum has several masterpieces by painters such as Caravaggio, Manet and Rembrandt.

Airport Zagreb International Airport is 17 kilometers southeast of the city center in the district of Pleso.