Rental Car Zagreb Airport
RentaCarBestPrice.com compare prices from a number of car rental companies and find the best price on car rental. All prices on car hire in Zagreb Airport include necessary insurance and unlimited mileage. 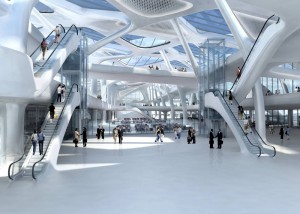 Zagreb Airport (ZAG), also known as Pleso Airport, is 15 km outside Zagreb. A bus service runs between the airport and Zagreb which takes around 25 minutes. 13 different car companies offering car rental, including several lesser-known as Sub rosa, An nova and Luna Vector. More known international companies, such as Hertz and Avis, are also represented.

Zagreb Airport is the largest airport in Croatia, and in 2009 contained the 2,062,242 passengers. It is planned that a development project of the airport should start in 2010. Zagreb Airport serves around 12 airlines and is the main base for Croatia Airlines. One can travel to most European major cities of Zagreb.

The airport has a cafe and a world-class restaurant called “Faust Vrancic”. It also tax free, bank, post office, VIP and business lounge. There is no hotel at the airport.