Rental Car Cyprus
RentaCarBestPrice.com compare prices from a number of car rental companies and find the best price on car hire. Book with us and get necessary insurance and unlimited mileage included in the price. 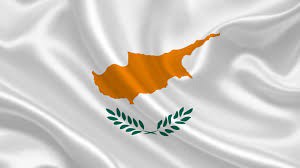 Cyprus is the 3rd largest island in the Mediterranean – after the Italian islands of Sicily and Sardinia. Cyprus has about 800,000 inhabitants (2010), and is located 70 km south of Turkey. Other neighboring areas are Syria, Lebanon, Israel, Egypt and Greece. The country’s official languages ​​are Greek and Turkish.

Cyprus is currently a divided country. Republic of Cyprus covers the southern part of the island, while the Turkish Republic of Northern Cyprus (only recognized by Turkey) covering the northernmost part. The boundary between these, the so-called “green line”, runs through the island’s capital Nicosia and consists of two walls. The transitions guarded by UN troops. Nicosia has about 360,000 inhabitants altogether, where the minority of them – Turkish Cypriots – live in the north, while Greek Cypriots live in the southern part of town.

There are also two British military base areas on the island – Akrotiri. These do not belong to Cyprus.

The landscape consists of the Troodos Mountains is south and west, the mountain range Kyrenia in the north and plains in between. Mount Olympus is the highest – and measures 1,952 meters above sea level

Cyprus has a Mediterranean climate with hot, dry summers and mild, wet winters.

The most popular bathing and tourist towns on the island’s Larnaca, Fig Tree Bay and Aya Napa.

Larnaca and Limassol on the south coast is the island’s main port cities.

Going to Cyprus this summer? Here are some good advices for driving in Cyprus, that will keep you prepared and safe on your journey. General driving advice and special equipment for driving legaly in Cyprus. Use this as a checklist before you go to avoid any problems.

– A valid full driving licence. The original vehicle registration document and Your passport
– Make sure you have European breakdown cover.
– 112 is the emergency number across Europe.
– Don’t use a hand held mobile while driving.
– If you wear glasses, take a spare pair.
– It is recommended that you have a reflective jacket in the car – they are compulsory in many European countries.
– Speed camera / radar detection systems are illegal in most European countries. Come countries have also banned the use of sat navs which detect fixed speed cameras so ensure this is deactivated.
– Plan your journey
– There is only one safe rule when it comes to drinking and driving; if you drink, don’t drive.
– Radar detectors and sat navs that track fixed speed cameras are prohibited.
– Eating and drinking whilst driving is prohibited.
– You need to have a warning triangle in the car.
– Children under five can’t travel in the front and children under ten must have a suitable child restraint.