Rental Car Ukraine
RentaCarBestPrice.com compare prices from a number of car rental companies and find the best price on car hire. Book with us and get necessary insurance and unlimited mileage included in the price.

Are you looking for affordable car hire in Ukraine? Now a day’s it is very popular to rent a car, the majority choose to pick up a car at the airport. With car rental you and your family have the opportunity to take pleasant day trips in the areas surrounding and you will not be dependent on public transport. By comparing prices of car rental from several players, you can save a lot of money. If you prefer to retrieve the rental car in the city center, this is also possible.
The country offers great natural and cultural experiences. It is advisable to book your car rental well before departure, so you’re sure to get just the car that suits you, at the lowest price. In certain periods there may be high demand among rental companies, and the cheapest cars are usually taken first. 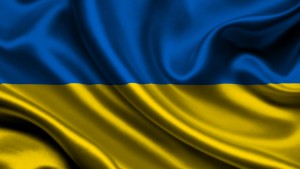 Ukraine is located in Eastern Europe, and has 45.7 million inhabitants (2009). The country is bordered by Russia, Belarus, Poland, Slovakia, Hungary, Romania and Moldova, and also has coastline on the Black Sea and Sea of ​​Azov to the south. The landscape in Ukraine consists of fertile plains, steppes and plateaus. The country’s only mountainous area is in the west, where the highest peak is Hoverla (2061 m).

The country has mostly a temperate climate, with the least rainfall in the east and southeast. However, there is Mediterranean climate on the coast of the Crimean peninsula in the south.

The capital Kiev is centrally located in the northern part of the country – the Dnieper River. Kiev has 2.7 million inhabitants (2009) – and a number of tourist attractions. Features include museums, planetarium, opera, theaters and botanical and zoological garden. Kiev Pechersk Lavra, founded in 1015, and St. Sofia’s Cathedral from the 1200s are among the most popular sights. These are also listed as a UNESCO World Heritage Site.

Odessa is also the country’s most popular seaside resort.

Speed limit in cities and villages is 60 km/h. They are indicated by settlement name in black on white plates. Drivers often don’t pay attention to those plates. Driving speed limit in villages along the roads (when a village name is on a blue plate) is 90 km/h; on roads outside settlements – 110 km/h; on highways – 130 km/h.
Do not exceed the speed limit; there are many police officers on the road with radar and numerous video surveillance cameras are in cities and on the highways. Breaching a speed limit is done if you have exceeded it by 10 km/h or more.

For driving in Ukraine you must be at least 18 old and have:

– A valid National driving permit;
– An International driver license;
– A sticker with the distinguishing sign on the back of your car; even if your car has ‘Euro-plates’;
– A vehicle registration certificate and International registration certificate or hire car paperwork;
– A passport with the entry stamp;
– A visa, if it is needed;
– The third party insurance (you may buy the third party insurance in Ukraine; fully comprehensive auto insurance also is available).

In your car must be present compulsory equipment:

– A warning triangle
– A first aid kit
– A fire extinguisher

Have your documents (see above) with you while you are driving;
To drive somebody else your car, you will need to give him an authorization letter that you can take at any notary office;
Traffic flows on the right side of the road, overtaking on the left site.
There is zero tolerance for drink and drive (even bottle of beer could be an expensive mistake being stopped or involved into an accident);
It is illegal to drive without driver license and third party insurance;
The minimum driving age is 18 years;
The driver and the passenger in the front seat must wear seatbelts;
Children under12 years or less than 1.45m tall can’t travel in the front seat;

Ukrainian drives are quite tolerant and always flash lights if there is a road police post on your way.
Traveling by car in winter can be particularly dangerous. During winter, it is highly recommended to use spiked tyres or snow chains;
Traffic police can stop you and ask you to show your vehicle registration certificate, driver license (International driver license if it needed), and passport (to check for the entry stamp). They may have you get out of the car to talk. They also may ask to see a warning triangles, first-aid kits, or fire extinguisher, which every car is supposed to have. If everything is okay, they will let you go. Ukrainian traffic policemen speak Ukrainian and many of them speak Russian and are not prepared to speak English or other languages.
To rent a car in Ukraine, you will need a valid driving license (International driver license if it needed) and a credit card. The major international brands have offices in Kiev city or at the airport as well as in major cities.

If you are involved in an accident in Ukraine, call the police and do not move the vehicle from the site of the accident. You must wait until the police arrive and complete their report. On leaving Ukraine, this will be required at the border.

The main airport of Ukraine is Boryspil International Airport, located 30 km east of the capital Kiev.

Book a rental car in Ukraine at a guaranteed low price. Prices quoted are compared from several companies and include necessary insurance and unlimited mileage.