Rental Car Uruguay
RentaCarBestPrice.com compare prices from a number of car rental companies and find the best price on car hire. Book with us and get necessary insurance and unlimited mileage included in the price.

Are you looking for affordable car hire in Uruguay? Now a day’s it is very popular to rent a car, the majority choose to pick up a car at the airport. With car rental you and your family have the opportunity to take pleasant day trips in the areas surrounding and you will not be dependent on public transport. By comparing prices of car rental from several players, you can save a lot of money. If you prefer to retrieve the rental car in the city center, this is also possible.
The country offers great natural and cultural experiences. It is advisable to book your car rental well before departure, so you’re sure to get just the car that suits you, at the lowest price. In certain periods there may be high demand among rental companies, and the cheapest cars are usually taken first. 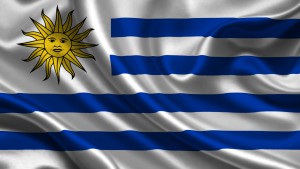 Uruguay is located in southern part of South America and has 3.5 million inhabitants (2009). The country is bordered by Brazil to the north and Argentina in the east. Uruguay also has coastal border with the Atlantic Ocean.

Uruguay has mostly hilly lowlands, with grasslands (pampas) and savannas. Highest peak in the country is 540 meters above sea level Uruguay has a subtropical climate – mild and humid weather all year round. Coldest month is July and the hottest month is January.

The capital Montevideo is located southwest of the country – on the north side of the estuary of Rio de la Plata. It has 1.5 million inhabitants and is the country’s largest city and main seaport. It is also the country’s economic, administrative and cultural center.

The seaside resort of Punta del Este, located 140 km east of Montevideo, has scenic beaches along the Atlantic Ocean – and major tourist traffic. Here are some great hotel resorts, restaurants, shopping and a varied nightlife. The place is also known as South America’s “St. Tropez “.

The permitted blood alcohol level is 0.03%. If a driver are caught driving under the influence of drugs or alcohol, his driver license may be confiscated for up to six months.

Driving is on the right-hand side of the road.
Wearing seat belts is mandatory.
The minimum driving age is 18 years.
To use of dipped headlights while driving is obligatory even in daylight.
Children under 12 years of age must be ridden in the back seat.
All motorcyclists must wear protective helmets.
While driving, the use of cellular phones is prohibited, except mobile phones with a hands-free system.
Right turns on red lights are not permitted.
At intersections, drivers must give way to traffic approaching from the right.
Vehicles which are already in traffic circles have the right of way.
All times while driving, drivers must have both their hands on the steering wheel.

Discover the best way to explore Uruguay on. Rent a car through us which include unlimited mileage and all necessary insurance.