Rental Car Turkey
RentaCarBestPrice.com compare prices from a number of car rental companies and find the best price on car hire. Book with us and get necessary insurance and unlimited mileage included in the price.

Are you looking for affordable car hire in Turkey? Now a day’s it is very popular to rent a car, the majority choose to pick up a car at the airport. With car rental you and your family have the opportunity to take pleasant day trips in the areas surrounding and you will not be dependent on public transport. By comparing prices of car rental from several players, you can save a lot of money. If you prefer to retrieve the rental car in the city center, this is also possible.
The country offers great natural and cultural experiences. It is advisable to book your car rental well before departure, so you’re sure to get just the car that suits you, at the lowest price. In certain periods there may be high demand among rental companies, and the cheapest cars are usually taken first. 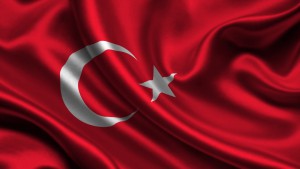 Turkey lies on the border between Europe and Asia, and has 76.8 million inhabitants (2009). 97% of the country lies in Asia – the large peninsula Anatolia (Asia Minor), and only 3% of Turkey lies in Europe.

Turkey’s landscape consists mostly of highlands and mountain ranges. The highest point is Ararat, situated 5137 meters above sea level The country has a varied climate. Coastal areas in the south and west have typical Mediterranean climate with mild (often wet) winters and dry, hot summers. Inland has a more continental climate.

The capital Ankara is the country’s second largest city with 4.3 million inhabitants (2008). Ankara is located

bit addresses in the central part of the country, and is an important economic center for the region. Esenboga International Airport is 28 km northeasterly of the center.

Istanbul is the largest city with 11.3 million inhabitants. Other major cities in Turkey’s Izmir, Bursa, Adana, Gaziantep, Konya and Antalya.

In recent years, the conditions of Turkish roads have perfected greatly, so traveling through Turkey by your own or rental car is a great way. But in cities (Ankara, Istanbul, and other) foreign drivers should be very concentrated because Turkey may have another type of driving than your home country. As anywhere, avoid driving at night and be even-tempered, don’t let emotions affect you while driving.

Any foreign visitor should be prepared to next situations that are common on Turkish roads:
Unexpected stops, changes lanes, or turns without signaling, especially, trucks and buses; overtaking on the right.
Stopping at intersections, highways, and other unexpected locations to pick up or let off passengers.
Trucks and disabled vehicles parked without warning signs.
High-speed and inattentive drivers; the latter can ignore marked lanes and across several lanes without turn signals.
Pedestrians cross the street and highways in front of vehicles.
Vehicles without lights at night.
Animals on highways.
On highways, horse carts and farm tractors move with slow speed and without lights.
– Highway checkpoints. Officers may indicate you to stop for inspection. Usually, they stop trucks and older cars.
– In cities, drivers often honk their horns; drive safely and ignore honking.
– Roundabouts traffic on which is controlled by traffic signals.
– Stop signs are not common.
A foreign driver also should know the main Turkish traffic rules and requests:
Traffic flaws on the right side of the road.
In turkey, the minimum driving age is 17 years.
Drivers always must wear seat belts.
Children must ride in a child safety seat in the back side of the car with seatbelts.
Child under 12 must not travel in the front seat.
Drive defensively especially during Ramazan.
Avoid driving in the dusk; it is the most dangerous time for driving.
Use directional signals if going to change a lane.
Brakes, lights, signals, and horn must function properly.
If you are stopped, be prepared to show your passport (or National identity card), National driving permit, International driver license, vehicle registration, and insurance policy; you must have them all the time when drive.
If you are in an accident, a blood test or breathalyzer is always required.
At intersections without stop signs, primary road has right of way.
The first-aid kit and reflective warning triangle are mandatory; you should also have the fire extinguisher, tow rope or cable, and in winter, snow chains (during snow storms, it is not allowed to drive without chains on some roads.
If officers stop you for inspection at night, you should turn on inside lights and dim the headlights while stopping.
During any inspection, remain calm, don’t make any quick movements, and comply with police instructions.
On some bridges and expressways you must pay toll; you can only do that by a prepaid toll card.
Tolls charged between the following locations: Edirne and Istanbul, Ankara and Gerede, Izmit and Gebze, Istanbul and Izmit, Tsarsus and Pozanti.
GPS may be useful in Turkey.
Prices of the rental cars depend on the season, location, agency, type of car and insurance.
While driving, it is forbidden to use cell phone.
The blood alcohol limit is 0.05%.
In town, you must not use the horn between 22.00 (10 p.m.) until sunrise.
Foreign drivers may drive in Turkey with their National driving permit and International driver licenses. Foreigners who come to Turkey for educational or business purposes must also have a translation of their driver licenses ratified by notary or consulate.

Turkey has about 15 international airports. Ataturk International Airport is the country’s major main airport. It is 24 km west of Istanbul city center.