Rental Car Tunisia
RentaCarBestPrice.com compare prices from a number of car rental companies and find the best price on car hire. Book with us and get necessary insurance and unlimited mileage included in the price.

Are you looking for affordable car hire in Tunisia? Now a day’s it is very popular to rent a car, the majority choose to pick up a car at the airport. With car rental you and your family have the opportunity to take pleasant day trips in the areas surrounding and you will not be dependent on public transport. By comparing prices of car rental from several players, you can save a lot of money. If you prefer to retrieve the rental car in the city center, this is also possible.
The country offers great natural and cultural experiences. It is advisable to book your car rental well before departure, so you’re sure to get just the car that suits you, at the lowest price. In certain periods there may be high demand among rental companies, and the cheapest cars are usually taken first. 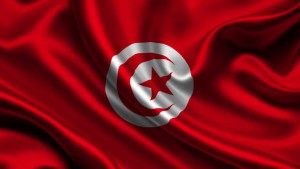 Tunisia is the northernmost country in Africa. The official language is Arabic, while French has the status of secondary languages. Tunisia, which has a population of 10.5 million (2009), bordered on the west and southwest of Algeria – and in southeast Libya. The country’s 1300 km long coastline to the north and east lies the Mediterranean.

The most fertile part of the country are near the coast, and there are cultivated among others oranges and olives. In the south, however, very dry – and the southernmost tip extends as well into the world’s largest desert, the Sahara.

When it comes to the climatic conditions, the northern part of Tunisia typical Mediterranean climate with mild, rainy winters and hot, dry summers. In the south there is a rather harsh desert climate that dominates. Tunisia’s popularity as a tourist country is primarily related to the many wonderful beaches along the Mediterranean coast. Nearly 7 million visitors come here to vacation each year.

The country’s capital, Tunis, is situated on a wide bay on the Mediterranean. With its 1.2 million inhabitants (nearly 4 million. In the metropolitan area), it is also the largest city in Tunisia. Right nearby is one of the country’s main attractions – the ruins of ancient Carthage. Other major cities are Sfax and Ariana. Must mention also the slightly less touristy town of Monastir.

To drive in Tunisia, foreign visitors need to have their valid driver licenses and International driving permits.

The permitted blood alcohol level is 0.0%.

Driving is on the right side of the road.
The minimum age for driving is 18 years.
When driving, seat belts are mandatory.
All riders of motorcycles must wear protective helmets.
Turning right on red is not permitted.
At roundabouts, the vehicles already in it have the right of way.
At non-regulated intersections, traffic from the right has a right of way.
While driving, using of mobile phones is prohibited, except of phones with a hands-free system.

Visitors should avoid driving after dark outside Tunis or the major resort areas as bicycles, mopeds, and motorcycles are ridden without sufficient lights or reflectors and pedestrians and animals are common on the roads.

Drivers may be stopped for inspection by police officers at any time. In the case of any detention or arrest, a foreigner should immediately request that the police inform his Embassy of his whereabouts.
In Tunisia, the police often use speed radar, especially on the highways.
While driving, all drivers must carry their valid driver license, car registration documents, and insurance certificates.

The police phone number is 197.

RentaCarBestPrice.com offer car rental at the most popular tourist destinations in Tunisia. Try our search engine now and get best price on car hire guarantee!