Rental Car Thailand
RentaCarBestPrice.com compare prices from a number of car rental companies and find the best price on car hire. Book with us and get necessary insurance and unlimited mileage included in the price.

Are you looking for affordable car hire in Thailand? Now a day’s it is very popular to rent a car, the majority choose to pick up a car at the airport. With car rental you and your family have the opportunity to take pleasant day trips in the areas surrounding and you will not be dependent on public transport. By comparing prices of car rental from several players, you can save a lot of money. If you prefer to retrieve the rental car in the city center, this is also possible.
The country offers great natural and cultural experiences. It is advisable to book your car rental well before departure, so you’re sure to get just the car that suits you, at the lowest price. In certain periods there may be high demand among rental companies, and the cheapest cars are usually taken first. 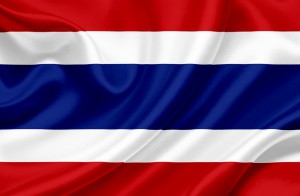 Thailand is located in Southeast Asia and has 65.9 million inhabitants (2009). The country is bordered by Laos, Cambodia, Malaysia and Myanmar (formerly. Burma). Thailand also has coastline on the Gulf of Siam (Gulf of Siam) in the east and the Andaman Sea in the west – which is part of the Indian Ocean.

The landscape consists of mountainous areas in the north, Khorat Plateau in the east, plain in central parts and Malay Peninsula in the south – where the central and northeastern part belongs to Thailand. Highest peak is Doi Inthanon, which is located 2,565 meters above sea level

Thailand has a tropical monsoon climate with over 20 degrees Celsius all year.

Capital Bangkok is the country’s largest city, and has 7.1 million inhabitants (2009). Metropolitan region has about 12 million inhabitants. Bangkok Located along the Chao Phraya – 40 km north of Gulf of Thailand, and is one of Southeast Asia’s main financial centers. Bangkok is a popular tourist destination with over 15 million. Visitors annually. The cityscape is characterized by skyscrapers, and Bangkok has some of the world’s best hotels, as well as very good shopping – with more than 250 shopping centers and warehouses. A famous tourist attraction in Bangkok’s Wat Phra Kaew – a Buddhist temple from 1782 – which is characteristic with its many spiers.

On the coast in the central and southern Thailand are long and inviting beaches, great hotels and crystal clear waters. The famous and touristy Phuket offers a paradise beach life, excellent shopping and a bustling nightlife.

Thailand has a good network between all cities. Roads range from tiny lanes to freeways; in provinces, as a rule, roads have four lanes. Most of the roads and highways are well constructed with traffic signs on both Thai and English languages. Motorways are around the Bangkok area. Driving around resort areas, around Phuket Island, and outside Bangkok are safe and enjoyable. Most drivers in Thailand are polite; as usual, they don’t display anger. But, traffic in Bangkok is hectic and overcrowded, so for foreigners, driving there is difficult; especially, at peak times: 7:00 – 10:00 and 16:00 – 19:00. Foreign visitors should also know than traffic directions and entry/exit locations change during the day. These changes are rarely advised by signs on Thai, but not on English language.

Driving in Thailand at night is not recommended because it is hazardous, especially on holidays and weekends. A good map of Thailand roads can be useful. Plan your route in advance.

Blood-alcohol limit is 0.5 mg. If a driver exceeds the legal alcohol limit, all insurance is invalid.

Driving is on the left side of the road.
Distances and speed limits are measured in kilometers and kilometers per hour.
Minimum driving age for cars is 18 years.
Wearing seatbelts is mandatory in the front seats of the car.
When riding, helmets are required.

Using cell phones without hand-free system is forbidden.
Vehicles on the main road have right of way over cars coming from smaller roads to cross it.
The third party insurance, Compulsory Motor Insurance, is required. It can be bought from the local Department of Land Transport Office or car insurance companies; for this, a vehicle registration document is only necessary.
Vehicles must have tax stickers from the local Department of Land Transport Office.
It is forbidden to drive for vehicles with red registration plates.
Vehicles older than seven years and motorbikes older than five years must have a safety inspection annually.
Parking rules and marked on signs; in tourist areas on English too. Red and white markings mean “no parking zone”; vehicles may not park there at any time. Yellow and white markings mean “short-term parking space”; vehicles may stay there no more than five minutes. Yellow and white markings also indicate bus stops; parking there is illegal. A white rectangle on the road means “space for designated vehicles”. Many diagonal white lines mean “parking spaces for motorcycles”; cars cannot park there.
In cities, avoid the left hand lanes; usually, they are used for parking. When opening the car doors, check for motorbikes; they can move between the road and pavement.
Tolls are depended on the distance and charged for each section of the motorway.

The main airport in Thailand’s Suvarnabhumi Airport, which is 25 km east of the capital. (The airport is also called “New Bangkok International Airport”).

RentaCarBestPrice.com offer car rental at all the most popular tourist destinations in Thailand. Prices of car rental include necessary insurance.