Rental Car Toulon
RentaCarBestPrice.com compare prices from a number of car rental companies and find the best price on car hire. Book with us and get necessary insurance and unlimited mileage included in the price. 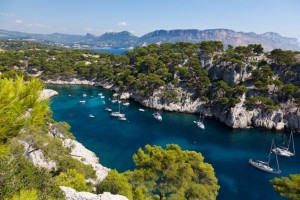 Toulon is a town and municipality in the department of Var, France. The city is the third most populated city of the Provence-Alpes-Cote d’Azur region. Toulon is located far south of France – on the Mediterranean coast. It is 190 km from the border with Italy, sits on the shores of the Mediterranean Sea along the Bay of Toulon. It has a population of 166,537 inhabitants (2007 data) and the urban area is the tenth of France with 564,823 inhabitants.

Toulon is a very old city, but its most famous story is related to Napoleon. Here he defeated namely Englishmen in 1793 – and was then appointed general. The city has since continued to be military strategic importance, and the main base for the French Navy is still here. The harbor is also a large marine museum. Another attraction adjoin the military history are the remains of “Vauban fortifications” from Napoleon era.

Otherwise the old city – Toulon historic center – which is the city’s most popular attraction. Here one finds picturesque narrow pedestrian streets, small squares and a variety of beautiful fountains. Also Toulons Cathedral – Notre Dame de la SEDS (begun in the 11th century) – is here. The city’s opera, L’Opéra de Toulon, should be mentioned among the sights. It is housed in a magnificent building dating from 1862 – and is France’s second largest. One attraction of a different nature is the 584 meter high mountain Mont Faron, which is right next town. From here there is a breathtaking view – and it goes funicular up to the top.

The nearest airport is Aéroport de Toulon – Hyères, which is about 20km from the center.

Toulon, the economic capital of the department of Var, benefits from many natural advantages to enjoy a privileged location between the mountains and the sea. Economic activity is concentrated in the areas of tourism, trade and administration (both public and private). It houses the largest military port in the country, the naval base of Toulon which still fulfills its function Arsenal- and also has an airport that carries more than 620,000 passengers a year.

The commercial port is the busiest Corsica, covering about 65% of trips to the island, which is due in large part to the creation of the shipping company Corsica Ferries in 2001.

The city is also home to a university and higher education institutions as important as the ISEN Toulon (Higher Institute of Electronics Digital) or Supméca Toulon (Superior Institute of Mechanics of Paris). Also hosts a conservatory, numerous museums and concert halls, a large theater and opera that is among the most famous in France, after the Opera Garnier and the Opera Bastille.
Like other cities in the south of France, Toulon affected him little the Industrial Revolution. Its economic development was largely fueled by tourism, trade and construction activities. After World War II, the administrative activities are widely developed. Today, play an important role in the economy of the city. However, the city continues to rely on the existing military activity since the early sixteenth century. In 2008, there were over 23,000 jobs dependent on the army, becoming the first to Toulon naval base in Europe.

Until recently, the first military port in France was not considered a tourist destination, but a city of passage for tourists from Marseille and Aix en route to Italy. Indeed, most of the Bay of Toulon was occupied, and remains, the military port. However, Toulon, wedged between a magnificent roadstead and the surrounding hills, from which you can enjoy an exceptional view, begins to attract many visitors. Since 1834, the city hosts numerous artists as Joseph Méry, who was charmed by her. In the second half of the nineteenth century, changes face Toulon and tourist activity as well. Indeed, the expansion of Toulon, sealed by the decree of 1852, the railroad arrived with the completion of the construction of the station Toulon in 1859 and the creation of a new town called “Haute Ville” give a new dimension to Toulon.

Today and for nearly a century, the capital of Var evolves far from Cannes and Marseille, despite an image that has improved. The city is still not identified as tourist town, despite the renewal of the Ville Basse buildings, renovation of existing hotel park and cruise host throughout the year (the city hosted 70,000 for 63 rating scales in 2008, compared to 51 in 2007).

Although the prestigious rating of tourist resort village of Toulon is still not widely known, has nice beaches and shaded near the city center, easily accessible by bus, as the four artificial inlets formed based on sand and dykes in the neighborhood of Mourillon, restaurants, sun beds for hire or playgrounds; and further east, a sailing school. Other beaches, like Sablettes or Saint-Seyne, are directly accessible in public boats. In 2009, the city was rewarded first by the quality of bathing water, getting the Blue Flag.