Rental Car
RentaCarBestPrice.com compare prices from a number of car rental companies and find the best price on car hire. Book with us and get necessary insurance and unlimited mileage included in the price. 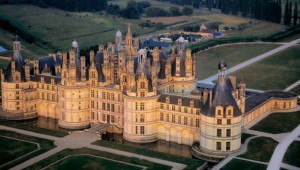 Caen is the capital and largest city of the region of Lower Normandy, Calvados department prefecture of the city.

Caen is located in northern France in Basse-Normandie. The city is the capital of the Ministry of Calvados, located on the River Orne, 15 kilometers from the English Channel. About. 120,000 inhabitants live in Caen. The port is connected with the channel through a shipping channel in Ouistreham. From here there are boat to British Portsmouth.

Caen is perhaps best known as the hometown of William the Conqueror. He founded the city in 1066, and the city was an economic upswing when he conquered England. In 1204 came the town on the French king’s hands. During the Revolution, Caen was one of the Girondins main strongholds. Caen was bombed and partly destroyed by the Allies in 1944, when it was central to the operation Overlord. In Caen Mémorial museum is located, a peace museum dedicated to D-Day. So is also the landing beaches of Arromanches and the American cemetery just outside Caen. Art Museum Caen has works by famous painters such as Rubens, Rembrandt and Monet among others William the Conqueror is buried in Saint-Etienne church from the 1300s.

The nearest airport is Caen, seven kilometers outside the center.

Caen has a large number of historical monuments.

Men Abbey (Abbaye aux Hommes), now the Town Hall, and the church of San Esteban (Saint-Etienne) where the remains of William the Conqueror and Duke of Normandy. Dating from the eleventh century but were restored in the eighteenth and after the bombings of 1944, coalesce harmoniously Romanesque, Gothic and classical styles. The abbey has an important collection of paintings by the seventeenth, eighteenth and nineteenth century, and some rooms decorated with oak paneling eighteenth century style Louis XV and Louis XVI.

Ladies Abbey (Abbaye aux Dames) and Trinity Church (Trinité) where the remains of Matilda of Flanders, wife of William the Conqueror. It is a masterpiece of Norman Romanesque architecture, highlighting the cloister, the grand staircase, the crypt and the tomb of Matilda. It currently houses the Regional Council of Lower Normandy and with him the Michel d’Ornano Park, Old Saint-Louis, Park eighteenth century French style comprises 5.5 acres and offers a beautiful panoramic view of the city is located.

The Ducal Castle of William the Conqueror, in his enclosure houses several museums and the church of Saint-Georges has been transformed into a temporary exhibition hall. Some walls are being restored and rebuilt, archaeological excavations have found an ancient outlet passageway to the west and medieval houses.

the Museum of Fine Arts which includes creations from the fifteenth century to the present.
the Museum of Normandy, has archaeological and ethnological collections that illustrate the cultural development of the region since ancient times to the present.

University, founded in 1432 by Henry VI of England on the model of Oxford and Cambridge. After the bombings of 1944 was rebuilt in a new location following the American model, has about 25,000 students and is one of the oldest in France.
the House of Quatrans, traditional home of the fourteenth century.

Postal and Communications Museum (Musée de la poste), contains the history of the postal service and temporary exhibitions. It is located in a building of the sixteenth century.
Landing Memorial. Great museum dedicated to called D-Day, the Normandy landings during World War II.

In the many restaurants in town you can taste the products and typical dishes of the region such as:

You can also purchase these products and many more in many street markets, the most important market of Saint-Sauveur held on Friday and has more than 220 dealers and Saint-Pierre market on Sundays, which has with more than 400 merchants.