Rental Car Serbia
RentaCarBestPrice.com compare prices from a number of car rental companies and find the best price on car hire. Book with us and get necessary insurance and unlimited mileage included in the price.

Are you looking for affordable car hire in Serbia? Now a day’s it is very popular to rent a car, the majority choose to pick up a car at the airport. With car rental you and your family have the opportunity to take pleasant day trips in the areas surrounding, also you will not be dependent on public transport. By comparing prices of car rental from several players, you can save a lot of money. If you prefer to retrieve the rental car in the city center, this is also possible.
The country offers great natural and cultural experiences. It is advisable to book your car rental well before departure, so you’re sure to get just the car that suits you, at the lowest price. In certain periods there may be high demand among rental companies, and the cheapest cars are usually taken first. 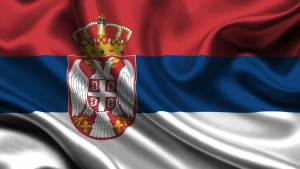 Serbia (10.1 million. Pop. 2009) is centrally located in the Balkans in Southeast European and has common border with Romania, Bulgaria, Montenegro, Kosovo, Macedonia, Croatia and Bosnia-Herzegovina. Until 1992 amounted to Serbia the central part of the Republic of Yugoslavia, and was then in the period from 1992 to 2006 in union with Montenegro.

Nature in Serbia is changing. The northern part of the country consists of a plains, where the Danube (Dunav) and several smaller rivers helps to make the soil fertile. In the southern part is the mountains that dominate, and here is also the country’s highest peak – Midzor (2,169 m). The climate in Serbia is predominantly continental.

The capital Belgrade is situated where the two rivers Sava and Danube meet – and are also, with a population of 1.3 million, the country’s largest city. It is considered very beautiful, and is also one of Europe’s oldest cities. Belgrade is often called “Gateway to the Balkans.” Other major cities in Serbia is Novi Sad and Nis.

Driving is on the right hand side of the road.
The minimum driving age is
The minimum driving age to rent a car is 21 years. The additional requirement is a driver must have the driving experience at least two years.
When driving, seat belts are mandatory for a driver and passengers in the front and rear seats.
Trams always have the right of way.
It is not permitted to use a mobile phone while driving; the exception is a cell phone with a hands-free system.
While driving drivers must carry at valid driver licenses and International driving permits, car registration documents, and insurance documents.
Fire and third party liability insurance is mandatory.
It is not permitted to ride children under 12 years in the front seat.
Children under 3 years can travel only with using the suitable children holding systems corresponding to their weight.
The passing beam is obligatory 24 hours per day all the year round.
It is obligatory to have in the car: a first-aid kit, warning triangle, set of spare lamps (it isn’t required for the cars equipped with xenon), spare wheel, towing cable (should be not less than 3 meters), and reflecting waistcoat (anybody leaving a vehicle on highway should wear a reflecting waistcoat).
From 1 November to 1 April, all vehicles must be equipped with the winter tires.
It is not permitted to use snow tyres.
It is not permitted to use radar detectors.

In Serbia, there are a number of toll along motorways. Toll fees vary depending on the size of a vehicle. Vehicles registered in foreign countries are charged a higher toll than cars registered in Serbia.
In Serbia, parking zones have different limit durations. The limit duration is indicated by color: red zones have 1 hour parking limit, yellow zones – 2 hours, and green zones – 3 hours.
In Belgrade, the rush-hours are 8.00-10.00 (8 -10 a.m.) and 17.00-19.00 (5-7 p.m.).