Rental Car Russia
RentaCarBestPrice.com compare prices from a number of car rental companies and find the best price on car hire. Book with us and get necessary insurance and unlimited mileage included in the price.

Are you looking for affordable car hire in Russia? Now a day’s it is very popular to rent a car, the majority choose to pick up a car at the airport. With car rental you and your family have the opportunity to take pleasant day trips in the areas surrounding, also you will not be dependent on public transport. By comparing prices of car rental from several players, you can save a lot of money. If you prefer to retrieve the rental car in the city center, this is also possible.
The country offers great natural and cultural experiences. It is advisable to book your car rental well before departure, so you’re sure to get just the car that suits you, at the lowest price. In certain periods there may be high demand among rental companies, and the cheapest cars are usually taken first. 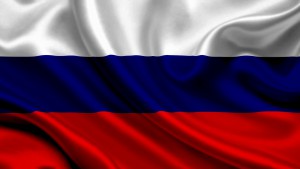 Russia (approximately 142 million inhabitants in 2009) is the world’s largest country and area. The area is a whopping 17 million km2 – which is spread over two continents: Europe and Asia, where the distinction follows the mighty Ural Mountains. The European part – which is the most populous – consists largely of lowlands, dissected by major rivers such as the Volga, Dnieper and Don. Siberia, which dominates the Asian side, and stretching from the Urals and the way east to the Pacific Ocean, consists of part of the tundra and is relatively sparsely populated. Otherwise, a large part of the rest of Russia dominated the steppes, deserts and mountains.

The European part of Russia borders Norway, Finland, Estonia, Latvia, Lithuania, Poland, Belarus and Ukraine – while the Asian part bordering Georgia, Azerbaijan, Kazakhstan, China, Mongolia and North Korea. The country has otherwise a very long coastline, especially in the north by the Barents Sea and Arctic Ocean – and in the east by the Pacific Ocean.

Most of Russia has a temperate, continental climate with relatively large differences between summer and winter temperatures. Both in the north, where there are polar climate, and in Siberia, however winters get extremely cold. In the south – the Black Sea and the Caspian Sea – however, there is hot, subtropical climate.

Capital Moscow has approximately 10 million inhabitants. Otherwise, there are ten second million cities in the country, where the largest of these is St. Petersburg (4.2 mill.). Russia has a number of attractions to offer. One of the biggest single attractions is a tour with Trans-Siberian Railway from Moscow to Vladivostok on the Pacific Ocean. The distance is 9.300 km and the trip takes 9 days.

There are many tourists traveling by car from the Baltic countries, Finland, Sweden and some European countries. Russian customs regulations are quite straightforward and the infrastructure on the road is good. If visitors are going to drive in Russia, for their own safety, they should familiarize with Russian road conditions and driving regulations. In Russia, foreign drivers can use their National driving permits as long as they have International translation of their driving permits, but not longer than six months. If visitor is in Russia over six month, he needs to obtain a Russian driver license.

In cities and built-up areas, speed limits are 60 km/h; on highways, speed limit is 110 km/h; and 90 km/h is allowed in other areas. On the city avenues and major motorways, there are speed cameras, and officers of the traffic police can be in unexpected places and will fine you for speed excess.

It is absolute banned to drink before driving.

According to the Russian authorities, to drive in Russia you need:

Your passport with valid Russian visa.
Your National driving Permit and International translation of driving permit.
A registration document of your car (techpassport) with all information about the owner.
Valid in Russia third-party insurance. You can buy it from the Russian insurer representative office or at the petrol stations before the border or at the border.

A Russian citizen with a foreign driving license has to obtain a temporary driving permit for driving in Russia.

If you drive into Russia with your own car, you will get a temporary permit which gives you right to your vehicle legally. Usually, the temporary permit is valid for 3-6 months; it can’t be extended longer than visitor’s visa registration is valid. If a vehicle is in Russia more than six months, it must be registered at the local customs office and State Inspection of Road Safety office in the region where the vehicle will be used.

If you are driving In Russia, you must have in your car:

According to Russian law, traffic police may stop vehicles for any reason. If police officer stops any driver, officer will introduce himself by name and office. He may demand the National and International driver licenses and car’s registration document. Driver must give all these documents; he may remain in his car.

Foreign driver should know that in Russia:

Traffic drives on the right side of the road and passes on the left side.
The minimum driving age is 18 years.
The double white line in the center of the road can’t be crossed under any conditions. If you want to make a left or U-turn, you must go ahead until you find a broken white line on your side of the road.
There are no right turns on a red light; only a green arrow allows you turn to the right.
At main intersections, the large white arrows show which way turns are allowed. If there are not arrows, you cannot make the turns.

Seatbelts for a driver and all passengers and special child seats are required.

If you will travel to Russia in the winter, make sure your car will be able to ride in the snow because the weather could be quite harsh.

Russia’s three largest airports – which Domodedovo International Airport is the largest – are all located near Moscow.

RentaCarBestPrice.com offer car rental in Moscow, St. Petersburg and other mayor cities in Russia. Prices are compared from several companies and if you book with us includes unlimited mileage and necessary insurance.