Rental Car Scotland
RentaCarBestPrice.com compare prices from a number of car rental companies and find the best price on car hire. Book with us and get necessary insurance and unlimited mileage included in the price.

Are you looking for affordable car hire in Scotland? Now a day’s it is very popular to rent a car, the majority choose to pick up a car at the airport. With car rental you and your family have the opportunity to take pleasant day trips in the areas surrounding and you will not be dependent on public transport. By comparing prices of car rental from several players, you can save a lot of money. If you prefer to retrieve the rental car in the city center, this is also possible.
The country offers great natural and cultural experiences. It is advisable to book your car rental well before departure, so you’re sure to get just the car that suits you, at the lowest price. In certain periods there may be high demand among rental companies, and the cheapest cars are usually taken first. 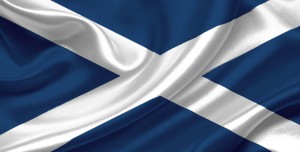 Scotland (5.1 million. Pop. 2008) is the northernmost of the four nations that make up the Kingdom of Great Britain and Northern Ireland – and has a land area of ​​78,782 km2. Towards the south bordering Scotland against England, but is otherwise surrounded by sea on all sides. In the north and west lies the Atlantic Ocean, in east the North Sea and in the southwest Irish Sea. Also archipelagos Hebrides, Shetland and Orkney is considered part of Scotland.

Geographically, it is customary to divide Scotland into two – the highlands of north and lowlands in the south. As these terms suggest, it is a lot of mountains in the northern part of the country – and here we also find Britain’s highest mountain, Ben Nevis (1344 m). In the southern part of the country there is a flatter, more hilly terrain. Large fjords cut into the landscape in both east and west.

Scotland, which has a predominantly temperate coastal climate, has invested heavily in tourism – and it is both beautiful scenery and exciting cultural experiences the country has to offer. Part of what Scotland is most known for is kilt (a traditional garment for men, which include a special, plaid skirt), musical instrument bagpipes – and whiskey production.

Capital Edinburgh has a population of about 450,000 – while the country’s largest city, Glasgow is the center of a metropolitan area with approximately 1 million inhabitants. Other major cities in Scotland’s Dundee and Aberdeen.

If you are going to drive in the United Kingdom, you should meet the all legal requirements applied to a driver and to a vehicle. As to drivers, they must have valid driver license and insurance cover for the driven vehicle. It is a criminal offense to drive in England, Northern Ireland, Scotland, and Wales using a driver license that is not valid in the UK. If you drive using not valid driving permit, your car insurance will be voided and you will have another criminal offence, namely, driving without motor insurance. Thus, if you are going to travel to the United Kingdom, first of all, worry about your International Driver License (International Translation of Driver License). When you drive, you should have both your documents: a National Driving Permit and its International Translation. In the Great Britain and Northern Ireland, a foreign driver can drive for up to 12 months from the date of coming with his International Driver License.

In addition to having current valid International driving permit and insurance, each visitor should know the basic laws of driving in the UK:

A driver sits on the right hand side of the car and drives on the left hand side of the road.
A driver and all passengers must wear seat belts.
Baby seats and child restraints are mandatory.
It is not allowed to use cell phone while driving.
Driving under the influence of alcohol or drugs is not allowed.
The minimum driving age is 17 years old.
There are three main types of roads in UK: M (Motorway), A, and B roads.
“M” roads are the fast roads; they are like American highways (freeways).
“A” roads are the main routes between towns. They range from dual carriageways to one-lane roads.
“B” roads are secondary roads.
On signs, distances and speed limits are given in miles and miles per hour (mph).

Cities and towns centers are armed with speed cameras. It is legal to use of a Speed Camera Detector for warnings mobile and fixed speed cameras.
That is legal to cross the road and park a car facing oncoming traffic. Double continuous yellow lines along the curb indicate “No parking at any time”. A single continuous yellow line indicates a parking restraction is at the definite hours of the day.
U-turn (or 3-point-turn) is allowed on any road where it can be done safely.
The rule for driving on the traffic roundabouts is “Always give way to traffic that is coming from the right”.
Once a pedestrian steps onto an intersection, driver must stop his vehicle and stays until the pedestrian has stepped back onto the sidewalk.
Safety helmets for drivers and passengers of motorcycles are required.
Emergency assistances can be reached by dialing 911.
A car gives a lot of freedom and help to explore sights. The interesting and picturesque places you can see driving in the countryside of the UK. Many country roads are wide only for one car; therefore, you should watch out for small areas where you can pull up to let an oncoming car pass you. Other drivers will also pull over to let you pass.

Foreign drivers should remember that there are many unmarked police cars on British roads; they perform random cars and drivers checks of vehicles and drivers.

Glasgow International Airport is the country’s busiest airport. Otherwise, there are international airports also in Edinburgh, Aberdeen and Prestwick.

Car rentals are an excellent way to explore Scotland. RentaCarBestPrice.com offer car hire in most cities in Scotland.