Rental Car South Africa
RentaCarBestPrice.com compare prices from a number of car rental companies and find the best price on car hire. Book with us and get necessary insurance and unlimited mileage included in the price.

Are you looking for affordable car hire in South Africa? Now a day’s it is very popular to rent a car, the majority choose to pick up a car at the airport. With car rental you and your family have the opportunity to take pleasant day trips in the areas surrounding and you will not be dependent on public transport. By comparing prices of car rental from several players, you can save a lot of money. If you prefer to retrieve the rental car in the city center, this is also possible.
The country offers great natural and cultural experiences. It is advisable to book your car rental well before departure, so you’re sure to get just the car that suits you, at the lowest price. In certain periods there may be high demand among rental companies, and the cheapest cars are usually taken first. 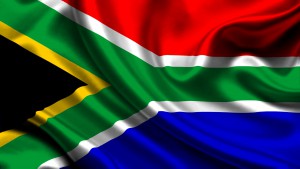 South Africa situated on the Southern Africa and has 49.3 million inhabitants (2009). The country has coastline on the Indian Ocean in the east, and the Atlantic Ocean to the west. South Africa borders the countries of Namibia, Botswana, Zimbabwe, Mozambique, Swaziland and Lesotho.

South Africa has 11 official languages, and is known for its complex population. The country is also rich in culture and history.

Most of South Africa consists of highlands located 900 – 1200 m Beyond this, there savannas, steppes, semi-desert and desert and subtropical rainforest. The landscape also consists of mountain ranges, and the highest peak – Njesuthi, located 3408 m.

South Africa has a subtropical climate, where the east coast is milder and wetter than the west coast.

The country is known for its abundant wildlife with lions, leopards, elephants, rhinos and buffaloes. Many tourists visit the Kruger National Park, located in the north east – where you can experience the best of African flora and fauna.

The formal capital of South Africa is Pretoria (1.9 million. Pop.), But some capital functions are also added to Cape Town (3 mill. Inh.) And Bloemfontein (300,000 pop.). Other major cities in the country are Johannesburg (5 mill. Inh.), Durban (1.3 mill. Inh.) And Port Elizabeth (1 mill. Inh.). Here it may be mentioned that especially along the coast of Durban are a number of great beaches that seem appealing to many tourists.

South Africa has excellent road infrastructure, wide variety of rental cars, great weather, and plenty sceneries. All of these things make traveling by car enjoyable. Rental car companies are represented at main airports and in most city centers. It is possible to pick up vehicle at one center and dropped off at another with some fees.

Traffic flows on the left-hand side of the road.
Distances are marked in kilometers; speed limits – in kilometers per hour.
Wearing of seat belts is compulsory.
While driving, using cell phones without hand-free systems is prohibited.

Don’t stop to feed wild animals; it is dangerous and you can have a hefty fine if you do that.
Drive with locked doors and windows up, especially in cities and at traffic lights.
Park your car in busy well-lit areas.
Don’t leave valuable things on show in a car and lock your car, even if you leave it for a few minutes.

Don’t pick up hitchhikers; if you are worried about someone on the side of the road, report to the police station in the next town.

Ask about areas that tourists should avoid driving through.
Don’t get out of your car on the shoulder of the road.
If you are broken down, don’t expect anybody assists you.
If you see someone broken down or an accident, ask passengers to ring the police from mobile.
There are some roads where you would need a car with a 4WD.
Tell your family or friends which routes you will drive and where plan to overnight.
Avoid traveling at night and unnecessary stops.
Always carry your documents when driving.