Rental Car Slovenia
RentaCarBestPrice.com compare prices from a number of car rental companies and find the best price on car hire. Book with us and get necessary insurance and unlimited mileage included in the price.

Are you looking for affordable car hire in Slovenia? Now a day’s it is very popular to rent a car, the majority choose to pick up a car at the airport. With car rental you and your family have the opportunity to take pleasant day trips in the areas surrounding, also you will not be dependent on public transport. By comparing prices of car rental from several players, you can save a lot of money. If you prefer to retrieve the rental car in the city center, this is also possible.
The country offers great natural and cultural experiences. It is advisable to book your car rental well before departure, so you’re sure to get just the car that suits you, at the lowest price. In certain periods there may be high demand among rental companies, and the cheapest cars are usually taken first. 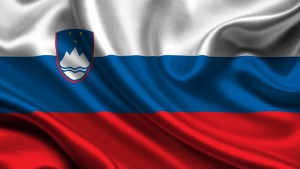 Slovenia is south of Central Europe and has 2 million inhabitants (2009). The country bordering Italy to the west, Croatia to the south and east, Hungary in the northeast, and Austria to the north. In addition, Slovenia’s coastline on the Adriatic sea in the southwest.

The landscape of Slovenia consists of mountains, forests and plains – where the mountain range the Alps located in the north. The country’s highest peak – Triglav – situated 2864 meters above sea level Slovenia has a Mediterranean climate on the coast in the southwest, alpine climate in the mountains and inland climate in the rest of the country – with hot summers and cold winters.

The capital Ljubljana has 268,000 inhabitants (2008), and is centrally located in the country between the Alps and the Adriatic Sea, by the river Ljubljana. The capital is Slovenia’s largest city, and the cultural, scientific, economic and political center. The city is best known for its medieval castle perched on a hill, and beautiful picturesque bridges spanning the river.

Other major cities in the country are: Maribor, Celje, Kranj, Velenje and Koper.

There are lots of things to see in Slovenia and driving is the best way to do that as Slovenia has a well-developed road network that is safe for travel.
If a foreign visitor does not have a driver license from another European Union member state, he should obtain an International driving permit in order to drive in Slovenia.

Traffic moves on the right hand side.
The driving age is 18 years or older.
Dipped headlights must be operated 24-hours a day.
Seat belt use is compulsory for drivers and all passengers in all seats.
Using fog lamps is permitted only if visibility is reduced to less than 50 meters.
It is obligatory to have in the car: a warning triangle, spare set of lights, first aid kit, and reflective vest.

Winter tires are required from 15 November to 15 March.
Snow tires are not permitted; snow chains may be used.

It is forbidden to overtake the school bus which stopped for landing/disembarkation of children.
To use of a radar detectors is forbidden.
It is not permitted to use cell phones without hands free devices.

In Slovenia, highways are toll roads; drivers must bay vignettes (stickers). The payment’s size depends on the vehicle category and the duration of highways using. It is also required to pay for driving in Karawanken tunnel. Vignettes can be bought at border or any petrol station.

It is recommended to have the fire extinguisher and a set of spare lamps in the car.
Documentation must be carried at all times.
Yellow spaces are reserved and may not be used. Blue spaces may be used for a maximum of 1.5-2 hours. White spaces may be used by anybody; a parking card must be purchased from a nearby meter.
The spot fines must be paid in local currency immediately.

In the case of an accident, the police must be called and a written report must be obtained.

The police phone number is 113.

RentaCarBestPrice.com has a wide range of car hire in Slovenia.