Rental Car Philippines
RentaCarBestPrice.com compare prices from a number of car rental companies and find the best price on car hire. Book with us and get necessary insurance and unlimited mileage included in the price. 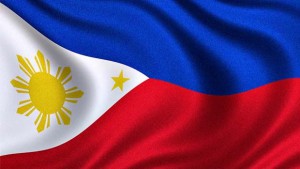 Philippines is an island nation in the Pacific with 92 million inhabitants (2009), located off the coast of Southeast Asia. Philippines consists of 7,107 islands that are surrounded by the South China Sea, Sulu Sea and Celebes Sea.

The country’s largest islands are Luzon in the north and Mindanao in the south. The highest point is Mount Apo, which is 2954 m Most of the islands are forested volcanic islands – of which 20 of the volcanoes are active. The landscape consists of fertile soil, tropical rain forests in the interior, and large areas of palm trees along the coast.

The country has a warm, tropical climate all year round – where the average temperature is + 25 degrees. High season for tourists is from November to May, when the country has the least rainfall.

Capital Manila is the country’s second largest city with 1.6 million inhabitants within the city center.

Manila is located on the island of Luzon, and is a vibrant metropolis with both old and new buildings. The capital is also the country’s economic, cultural and industrial center.

The nation’s largest city is also located on the island Luzon, and called Quezon City (2.7 million. Pop.). Other major cities in the Philippines is Cooloocan, Davon City, Cebu City and Zamboanga.

Foreign visitors may drive in Philippines with an International driving license and a valid original driver license from their domestic countries for 120 days. After that term a Philippine driver license is required; they may be obtained at the Land Transportation Commission office.

Speed Limits for cars and motorcycles:

The permitted blood alcohol level is 0.05%.

It is not permitted to park:

Overtaking is prohibited at an intersection and railway grade crossing.
To use cell phone without a hands-free kit is not permitted while driving.

Drivers may not drive or park a motor vehicle upon or along sidewalks, paths or alleys not intended for traffic or parking.

The main airport in the Philippines is Ninoy Aquino International Airport, located 7 km south of Manila.

RentaCarBestPrice.com compare car rentals from several companies in most mayor places in Philippines.