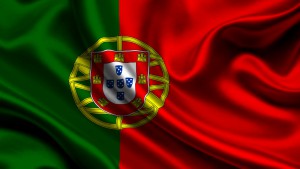 Portugal (10.7 million inhabitants in 2009) located in southwestern Europe on the Iberian Peninsula. The country is bordered by Spain to the east and north, and has coastline on the Atlantic Ocean in the south and west. Portugal also includes the archipelago Azores and Madeira in the Atlantic turistøya.