Rental Car Poland
RentaCarBestPrice.com compare prices from a number of car rental companies and find the best price on car hire. Book with us and get necessary insurance and unlimited mileage included in the price. 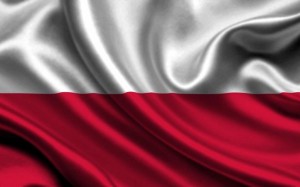 Poland is located in Central Europe, and has 38.4 million inhabitants (2009). The country has coastline on the Baltic Sea in the north, bordering countries Germany, Ukraine, Belarus, Russia (Kaliningrad enclave), Lithuania, the Czech Republic and Slovakia.

The country has mostly lowland plains, valleys, forests and lakes. South and southeast of the country, the landscape is characterized by mountains – where the highest peak is Rysy, located 2,499 meters above sea level The river Wisla is the most important and longest, and several major cities in Poland is berthed.

Poland is located in the border zone between the temperate inland to the east, and maritime temperate rain climate in the west. It is the least rainfall in the spring.

Capital Warsaw is located on both sides of the river Wisla in central parts of the country and has 1.7 million inhabitants (2009). Warsaw is the largest city – as well as the political, cultural and economic center. The city is also a major transportation hub. Warsaw has interesting museums and theaters, opera zoologisk- and botanical garden. Old Town is also a UNESCO World Heritage Site.

Other major cities in Poland are Lods, Krakow, Wroclaw, Poznan, Gdansk and Szczecin.

If you are going to go to Poland and plan to drive there, you should know that driving in Poland is not so simple. The main problems are bad road and unsafe car condition, and not cautious drivers. Moreover, Poland is a major east-west transit route, so there are many heavy vehicles on the motorways and expressways. Therefore, Poland has the highest number of deaths in road accidents of the European Union countries.

The maximum allowed alcohol content in blood is 0.2. Driving under the influence is a crime for which people can be punished by arrest for up to 8 years.

Road traffic is on the right side of the road.
Minimum driving age is 18 years.
Drivers and all passengers must be fastened the seatbelts.
It is prohibited to use the mobile phone without a special speaking device.
Children under 12 years and 1.5 meters in height cannot travel without a suitable restraint system.
Making a right turn on a red light is not allowed.
It is required to have in a car a first-aid kit, a fire extinguisher, and an emergency triangle.
Parking is only allowed in permitted places. In some parking places, there are special machines to pay for the car parking.
No payment is punished by a fine.
Traffic approaching from the right has priority.
It is required to have the national identification on the car from non-European Union countries.
Third-party insurance is required.
In urban areas, using horns is illegal.

You should always carry your passport with visa, domestic driving permit, International driver license, vehicle registration document, and a motor insurance certificate. If the car is registered in not your name, you should have a letter from the owner giving you driving permission.

Dipped headlights should be used at all times.
Despite the fact that using horns in urban areas is illegal, when driving in poor visibility you should use your horn to give warning.
Outside inhabited areas with poor visibility, you should be especially careful as pedestrians may use the road.
Caution signs have a yellow background.
Some roads are in a bad condition.
Be careful at railway crossings, many of them are unguarded.
Buses moving from bus stops have the right of way.
Trams have the right of way at equivalent intersections.
In polish cities, there are streets where only taxis and coaches are authorized to enter.
On the highways, fuel stations are located roughly every 35 km (22 miles).
Do not pick up any hitchhikers.

If you need to contact the emergency services in Poland call 112.

Car hire rates in Poland have never been cheaper. Engine fetches prices from many companies and lists the best price.