Rental Car Mexico
RentaCarBestPrice.com compare prices from a number of car rental companies and find the best price on car hire. Book with us and get necessary insurance and unlimited mileage included in the price. 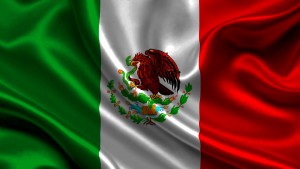 Mexico, having about 111 million inhabitants, is the southernmost country of North America. In the north it borders to the US – and in the south to the Central American countries Guatemala and Belize. Otherwise Mexico a long coastline facing the Pacific Ocean to the west and the Gulf of Mexico to the east. The country’s official language is Spanish, but it is also spoken a variety of minority languages.

Mexico has a large area – almost 2 million km2. Accordingly, multiple climate types represented. In the north we find thus desert climate, while in the south are large forest areas with tropical climates. Otherwise coastal areas in both the east and west and occasionally ravaged by hurricanes.

Parts of Mexico is a mountainous – where the highest peak, Pico de Orizala, is about 5,700 meters above sea level There are also several major rivers in the country – where the longest, which flows into the Gulf of Mexico, forms the border between Mexico and the United States. In the United States called the Rio Grande, while the Mexicans call the Rio Bravo.

The country’s capital, Mexico City, is – with a population of about 20 million – one of the world’s greatest cities. There is also a dozen other cities in Mexico with over 1 million inhabitants. The largest of these is Guadalarja (4.4 million. Pop.), Monterrey (4 million. Pop.) And Puebla (2.7 million. Pop.).

At all time while driving, a foreign driver must have valid driving permit and, if it is required, International driver license; passport; car registration papers; auto insurance; proof of car ownership or renting.
Mexican insurance is required for all vehicles.

Driving under the influence of alcohol is illegal. Legal blood-alcohol level is 0.08%.

Driving is on the right side of the road and overtaking is on the left side.
Minimum driving age is 15 years.
It is not permitted to turn right on red, unless there is an additional sign or signal.
In remote areas, there may be a lot of people walking on the highway.
It is required that a driver and passengers in front and rear seats to wear seat belts.

Using cell phones is prohibited while driving in many parts of Mexico.
It is required that only owners drive their vehicles, or that the owner be in the vehicle.
Always be sure who has the right of way.

Plan your trip ahead of time.
It is helpful to have a basic Spanish phrase book.

If you are going to rent a car, look it over before you sign the rental agreement.
There are many toll roads.
US driver licenses are valid in Mexico.
There are many speed bumps.

RentaCarBestPrice.com offers car rental throughout Mexico including popular holiday destinations such as Cancun and Villahermosa. Select destination in the search engine above for a list of available rental cars.