Rental Car Moldova
RentaCarBestPrice.com compare prices from a number of car rental companies and find the best price on car hire. Book with us and get necessary insurance and unlimited mileage included in the price. 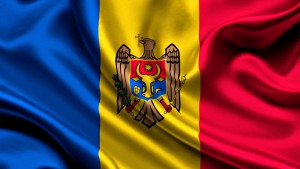 Moldova is a landlocked country in Eastern Europe, and has 4.3 million inhabitants (2009). The country is bordered by Romania to the west and Ukraine to the north, east and south. Moldova has no coastline, but it’s a short distance to the Black Sea via Ukraine.

The country’s official language is Moldovan (Romanian) – but it also spoken Russian and Ukrainian in some districts.

Moldova has gently rolling landscape in central parts of the country as well as in the north, and the highest point is Dealul Balanesti – located 429 m Otherwise consists Moldova of lowlands with plains and swamp areas. Moldova has mostly a temperate climate with relatively cool winters and hot summers.

The capital Chisinau is located in the country by the river Bic, and has 710,000 inhabitants. The city is Moldova’s political, administrative, economic, scientific and cultural center.

Drivers should carry their driver permits and vehicle registration documents at all times while driving.

The speed limit for cars with trailers is:

The legal blood-alcohol limit is 0.00 %. If blood-alcohol level is 0.08% or more, a driver will be deprived to drive for the term from 3 till 5 years.

In Moldova, traffic drives on the right.
The low-beam headlights must be turned on while driving from 1 November to 31March.
Children under seven years of age can be ridden only in a special child holding device corresponding to the weight and growth of the child.
It is not permitted to ride children under 12 years of age in the front seat.
It is mandatory to use seat belts for a driver and all passengers from the front and rear seats.
While driving, it is not permitted to use mobile phones without the hand-free system.

It is obligatory to have in the car: a first-aid kid, warning triangle, reflecting waistcoat, fire extinguisher, and flickering lamp of the red color.

Winter tires are obligatory from 1 December to 1 March.
Snow tires are forbidden from March, 1 to November, 31 except the presence of snow or ice on the road.

Moldova’s highway infrastructure consists mainly of two-lane roads.
Moldova does not have toll roads.
The police phone number is 902.

The country’s only international airport is Chisinau International Airport, located 13 km southeast of the capital.

Rent a car in Moldova at low prices. Engine over gives you an instant overview of rental locations and available rental cars.