Rental Car Morocco
RentaCarBestPrice.com compare prices from a number of car rental companies and find the best price on car hire. Book with us and get necessary insurance and unlimited mileage included in the price. 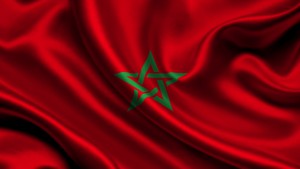 Morocco is located in the northwestern part of Africa, and has coastline to the Mediterranean Sea and Atlantic Ocean. The country, which has a population of 32.7 million, has otherwise common boundary line with Algeria and Western Sahara. Within Morocco’s own borders is also the two Spanish enclaves Ceuta and Mellilla.

Large mountain ranges dominate the interior of Morocco – from the Rif Mountains in the north to the Atlas Mountains, extending from the middle of the country to the Sahara desert. The highest peak, Toubkal, is located 4,165 meters above sea level

The climate in Morocco is very diverse. Along the coast – both in the north and west – there is a temperate zone which is characterized by Mediterranean climate. Both the interior of the country and along the coast, the dry winds from the Sahara cause very high temperatures – in fact, up to 45 degrees C. Up in the Atlas Mountains can however be below freezing, and blizzards are not uncommon.

Most of the larger cities in the country are located along the Atlantic coast. This applies to capital Rabat (1.7 million. pop.) and Morocco’s largest city, Casablanca (3.1 million. pop.). Other major coastal cities are Agadir and Tangier (where in clear weather you can see across to Gibraltar and Spain). Million Cities Fes and Marrakech, however, further inland.

Roads in Morocco are generally excellent. Overdriving streets are usual situation for Morocco. Traffic accidents are a serious problem in this country. Drivers must be very attentive while driving at night due to the poor lighting system along the roads and have extreme caution when drive in mountains.

The minimum age for driving is 21 years.
Driving in Morocco is on the right side.
Drivers and all passengers must fasten seat belts.
Drivers should take care while driving at night, look out for animals, unlit motorbikes and bicycles.

Drivers can use mobile phones only with hand-free system.
The road signs are in Arabic and French.
Drivers have to carry driving license, hire documents, registration, and insurance documents all the time.

Moroccan laws are against driving under the influence of alcohol. Any content of alcohol in blood while driving is illegal.

On Sundays parking in Morocco is free. In many towns of Morocco, the parking zones are watched by “gardiens de voitures” in blue coats.

There are petrol stations in every town.

In case of traffic accident, the parties of an accident must remain at the scene and not move their vehicles until the police has come and checked all necessary information.
There are many police officers in Morocco especially in the main streets of large cities.

It is very important to be careful because stop signs in some places are quite low to the ground so not immediately visible.
Hitchhiking is very common. You can often see people by the side of roads waiting for a car especially in distant places.

Having rented a car you can enjoy independence and freedom of getting around Morocco. Renting a car is the best way to visit the places of interest in Morocco.