Rental Car Japan
RentaCarBestPrice.com compare prices from a number of car rental companies and find the best price on car hire. Book with us and get necessary insurance and unlimited mileage included in the price. 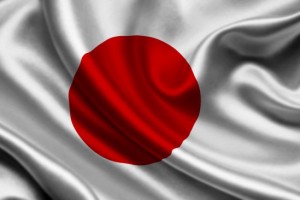 Japan is located in East Asia, the Pacific, and has 127 million inhabitants (2008). Japan consists of several islands, of which the largest is Kyushu, Shikoko, Honshu and Hokkaido. Honshu is the biggest island. In addition, the country has over 3,000 islets. The country has coastline on the Sea of ​​Japan (connected to the Pacific Ocean).

The landscape of Japan is mountainous, and the highest mountain – Fuji – located 3776 meters above sea level The climate is mostly temperate, with four seasons – where winters are cold. Southernmost part of Japan, however, has a subtropical marine climate, with warm winters and very hot summers.

The capital Tokyo is located east of the island of Honshu, and has 12 million inhabitants. Tokyo is the country’s center for finance, trade and industry. The two rivers Sumida and Tama runs through town.

Japan has its unique culture – both in art, music, folk dancing and crafts. The country also has a unique culinary tradition. Many tourists travel to Japan in the spring – when the beautiful cherry blossoms.

The most visited cities in Japan are Tokyo, the port city of Hiroshima, Kanazawa, Kyoto, Nagasaki, Nara (many Buddhist temples and historic buildings), Osaka, Sapporo and Sendai.

Cars drive on the left side of the road and have the driver’s seat and steering wheel on their right side. The legal minimum age for driving is 18 years. Road signs and rules follow international standards, and most signs on major roads are in Japanese and English. Drinking and driving is strictly prohibited.

The typical speed limits are 80 to 100 km/h on expressways, 40 km/h in urban areas, 30 km/h in side streets and 50 to 60 km/h elsewhere; however, drivers tend to go a little over the posted speed limits.

Most roads in Japan are toll free with the exception of expressways and some scenic driving routes. Road conditions tend to be good, although side streets in the cities can be rather narrow or even impassable to larger vehicles. Traffic congestion is a frequent problem in and around urban centers.

Drivers generally tend to be well mannered and considerate, however some common dangers on Japanese roads include drivers speeding over intersections even well after the traffic light has turned red, people stopping their vehicles at the edge of the road in a way in which they block traffic, and careless cyclists, especially those who ride on the wrong side of the road.

Have to mention the Parking. In the center of large cities is very expensive, costing several hundreds of yen per hour. Fees decrease with the size of the city and the distance to the city center. In small towns and in the countryside, parking is often free. Parking lots in national parks or near tourist attractions sometimes charge a flat fee (typically 200 to 500 yen per use). Urban hotels usually provide parking for their guests at a flat rate (typically 1000 yen per night), while hotels outside the large cities usually offer free parking.

Besides standard parking lots, you may encounter a few unique types of parking lots in Japan. The first are elevator parking lots in which cars are stored in towers. Drivers are directed to park their car onto a lift, which will automatically store the car in the tower. When coming back, the car will be fetched by the lift and returned to you.

The second unique type of parking lot uses low barriers underneath the cars which raise up to physically block in each individual vehicle. Once you have paid your parking fee (either at a central payment machine or at the parking space), the barrier lowers and you can safely drive away. This type of parking lot is usually seen around small urban lots.

Car Hire in Japan has never been cheaper. Try the search engine over and find surprisingly low prices for car hire throughout Japan.