Rental Car Jamaica
RentaCarBestPrice.com compare prices from a number of car rental companies and find the best price on car hire. Book with us and get necessary insurance and unlimited mileage included in the price. 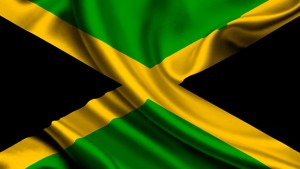 Jamaica is an island nation in the Caribbean Sea (belonging to the archipelago The Greater Antilles) – which is also a member of the British Commonwealth, and thus has Queen Elizabeth II as head of state formally (like for example Canada and Australia). The island was British colony until it gained independence in 1962.

The official language of Jamaica is English, but a majority nevertheless uses mix language daily.

Jamaica has around 2.9 million inhabitants (2008), of whom 600,000 live in the capital Kingston, located at the southeast coast. Other cities in Jamaica’s Spanish Town on the north coast (the second largest with 150,000 inhabitants), Ocho Rios – also on the north coast (popular tourist and cruise port), Montego Bay on the northwest coast (with Jamaica’s finest beach) – and Port Royal, the former capital, located on sandbanks Los Palisadoes outside Kingston.

The island’s original population, the Arawak Indians, were displaced and eventually wiped out by European colonists who arrived here in the wake of Columbus’ “discovery” of the island in 1494 – first Spaniards, then the English. In addition, a large number of African slaves “imported” in the 1700s. In the 1800s did the slaves revolt in several stages, and among today’s Jamaicans are ca. 90% of ethnic African origin.

The climate is tropical along the coast, while inland, where there are a lot of mountains, is more temperate. Occasionally, especially in late summer, it happens that Jamaica gets hit by tropical storms. When it comes to landscapes, there is much rain in the north – but also inviting beaches. Jamaica’s highest mountain, Blue Mountain Peak, rises 2,256 meters above sea level.

– Seatbelts should always be worn
– Children should sit in the back
– Children under 4 should use a child seat
– Always have your papers on you
– For safety reasons, you should never drink and drive
– Don’t pick up strangers ever!
– Always Keep to the speed limits
– Expect and be ready to be stopped by the police
– Try not to drive at night

The blood alcohol content limit in Jamaica is 0.035. Stay on the safe side, do not drink and drive.

You need to have your driving licence, your passport, some proof of insurance (including third party fire and liability insurance) and your vehicle registration information. International Driver Permit is also accepted.

In 2000 the new highway was equipped with a toll road. There are also tolls at Spanish town, Vineyards and Portmore.

80 kph for open roads
50 kph in built-up areas including towns and villages.
110 kph max on highways.

There are two international airports in Jamaica – Norman Manley Airport outside Kingston and Sangster Airport in Montego Bay.