Rental Car Israel
RentaCarBestPrice.com compare prices from a number of car rental companies and find the best price on car hire. Book with us and get necessary insurance and unlimited mileage included in the price. 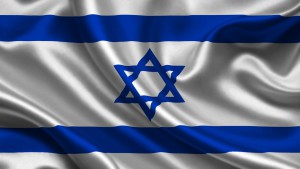 Israel (7.2 million inhabitants in 2009) located in the Middle East, at the southeastern part of the Mediterranean coast. The country is bordered by Lebanon to the north, Syria and Jordan in the east and Egypt to the southwest. Israel also borders the West Bank and Gaza Strip – which is partly administered by the Palestinian Authority.

Israel is the world’s only Jewish state – but it should also Arab Muslims, Arab Christians, Druze and Samaritans in the country, as well as other religious minorities.

The country has a varied landscape with coastal plains along the Mediterranean Sea, mountains and hills in the hinterland, the Jordan Valley, the Jordan River and the Dead Sea (known for its high salt content) to the east, and the Negev desert in the south.

Israel has mostly a temperate climate, with rainy period between November and April. The coastal towns of Tel Aviv and Haifa in the north, Mediterranean climate with winter precipitation. Southern areas have a drier climate. Eilat is Israel’s southernmost city and receives 1 million visitors annually. This tourist town situated on the Gulf of Aqaba, an arm of the Red Sea, and is characterized by beautiful sandy beaches. The area here has steppe climate – with high temperatures all year round.

Capital Jerusalem has 724,000 inhabitants (2009), located in the historic Judea region. Jerusalem is also the world’s most controversial city, and it has great significance for Judaism, Christianity and Islam. Many pilgrims travel here to see ia The Holy Sepulchre, Calvary, the Al-Aqsa Mosque, Dome of the Rock and Western Wall.

Headlights during winter time
On interurban roads, all vehicles from all classes must have its headlights turned on between November 1st and March 31st the following year.

Seatbelts
Every car, every passenger, every road. Everyone in the vehicle must be wearing a seatbelt. It’s for your own safety.

Confiscation of vehicles
A police officer is allowed to confiscate a vehicle in which the driver committed a severe traffic violation for a period of up to 60 days. Such offenses include driving under the influence of alcohol or drugs, transporting a large amount of passengers or not having a valid license.

Light-reflecting vest
Every vehicle must have a light-reflecting vest in the car. Upon exiting a vehicle on the side of an interurban road, the driver must wear the vest in order to be seen by passing cars, unless standing on a sidewalk. In a case in which more than one person exits the car, at least one person must be wearing the vest.

Alcohol test
A policeman is permitted to require a driver to take an alcohol test using a breathalyzer or a blood/urine sample in order to check the alcohol level in his or her blood while driving, even if not suspected of any traffic violation. Refusing such a test will be regarded as if the driver was driving under the influence of alcohol.

In order to make your driving experience in Israel as smooth and simple as possible, we suggest you to read through the following summary of traffic laws in Israel.
A yellow line on the road marks the side margin.
When a traffic light is out of order and the amber light is blinking, the driver is obliged to obey the road signs posted at the junction (such as STOP or YEILD RIGHT OF WAY).
When a traffic light in a junction is blinking amber, the crossing road also has a blinking amber.
It is strictly forbidden, under any circumstances, to enter a junction when the traffic light is red.
It is strictly forbidden to cross a white center line, under any circumstances (including turning left into a parking lot).
A road sign indicating a traffic circle obliges the driver to give the right of way to any vehicle already in the circle.
NO STOPPING sign is marked by two parallel lines.
STOP sign is a red octagonal sign displaying a hand facing the driver. (the word “STOP” or “HALT” is not written on the sign)
Prior to turning red, the green light on the traffic light blinks three times (one blink per-second) and then turns amber for another 3 seconds. Only then does it turn red.
Pedestrian crossing lights display only green or red. Green permits crossing the road cautiously, only on the pedestrian crossing, red symbols no crossing.
It is forbidden to cross a continuous solid white line on the road. Driving is permitted only on the right side of such a line. (A solid white line is a separation line between two way traffic)
Police vehicles and ambulances always travel with flashing blue and red lights on top of the vehicle. Only if their siren is sounding do drivers have to merge to the right, making way for the emergency vehicles.
On interurban roads, all vehicles must have its headlights turned on between November 1st and March 31st the following year. (making it easier to be seen in the winter)
It is prohibited to use a cellular phone while driving unless it is attached to a microphone installed in the vehicle.
Double yellow lines forming a separate lane are exclusive lanes for public transportation such as buses and taxies. In some cases, a fully occupied vehicle can use the lane as well.
Red and White marks mean Don’t Stop.

The Main Airport is Ben Gurion International, 15 kilometers from the center of Tel Aviv.