Rental Car Jordan
RentaCarBestPrice.com compare prices from a number of car rental companies and find the best price on car hire. Book with us and get necessary insurance and unlimited mileage included in the price. 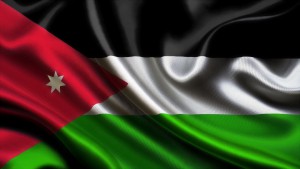 The Arab country Jordan is in the Middle East / West Asia, and has 6.3 million inhabitants (2009). The country is bordered by Syria, Iraq, Israel and the West Bank – as well as Saudi Arabia. Jordan has coastline along the Dead Sea and Aqaba Gulf (leading into the Red Sea).

The landscape in Jordan is mostly characterized by desert, but the country also has some mountains / mountain ranges. To the west lies the Jordan River. The country has mostly continental desert climate with dry, sunny days and high temperatures all year round, but in the northwest is the Mediterranean climate with warm summers and cool, damp winters.

Jordan is an exciting holiday destination with Arabic culture, markets and interesting sights. The most popular tourist attractions in the country are cut city of Petra in southwestern – as UNESCO World Heritage Site – and excursions to the desert reserve Wadi Rum in the south. Otherwise tourist towns Akaba Bay and Tala Bay located on the southern tip of the Red Sea all destinations – with the very best opportunities for sun and bathing.

North of the country is the capital Amman, which has 2 million inhabitants (2009). Amman is the country’s largest city – as well as the political, cultural and commercial center. Amman is also one of the oldest cities in the world. By tourist attractions must the giant King Hussein Mosque is mentioned, as well as The Roman theater.

Other major cities in Jordan’s Zarqa, Irbid and Aqaba.

There are two main requirements for foreign drivers who want to drive in Jordan. They must be at least 18 years of age and hold valid driver licenses and International driving permits.

Driving is on the right hand side of the road.
There is zero tolerance policy on drink driving.
Seat belts are mandatory for drivers and all passengers in the front seat of the vehicle.
It is prohibited to use a mobile phone when driving.
A fire extinguisher and warning triangle must be present in any vehicle.
When driving, children should sit in the back seats. Children under 4 must be ridden in special child seats.
Pedestrians always have a right of way.
Driving and talking on a mobile phone is not permitted.
The local third-party insurance is obligatory.
The speed limit on highway is 80-100 km/h, on open roads 70 km/h, and in towns and cities 50 km/h.
Drivers must carry at all times while driving their driver licenses and International driving permits, a passport, and the car registration and insurance documents.

To rent a car, foreign visitor must be 25 years of age and have held a full driver license for at list one year. The maximum age for renting a car is 70 years.
There are no tolls in Jordan.
Road signs are in Arabic and English.
Police use speed-monitoring trailers to catch over speeding drivers.
In the rainy season from December to March, roads may be a hazardous.
It is recommended to avoid driving at night in rural areas as roads are narrow, steep, and crowded. They are more crowded around the Muslim holidays.
In Amman, driving is more hazardous in summer months from June to September when Jordan has visitors from other countries.
On the rural roads, drivers must stop for camels and other wild animals.
In Jordan, traffic accidents are very frequent.
Landmines are often located within two miles of military installations and borders, including the popular Dead Sea area.
The police phone number is 911.