Rental Car Holland
RentaCarBestPrice.com compare prices from a number of car rental companies and find the best price on car hire. Book with us and get necessary insurance and unlimited mileage included in the price. 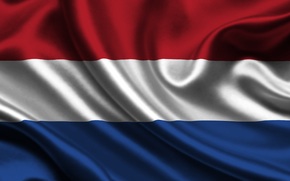 The Western European State of Netherlands borders in the east to Germany and to the south towards Belgium. The rest of the country consists of coastal areas on the Atlantic Ocean. The Netherlands has a population of 16.8 million and an area of ​​41,526 km2. It makes the country Europe’s most densely populated (about one sees live from «Lilliputian states” such as Monaco, San Marino, Vatican and Malta). Incidentally, also the islands of Aruba and the Netherlands Antilles in the Caribbean Sea a part of what is formally called Kingdom of the Netherlands.

The landscape is predominantly very flat, where ca. half is lower than 1 meters above sea level – And in fact is as much as 38% of the country’s total area lower than sea level. This is made possible by means of an extensive system of dams and dikes. The Netherlands is otherwise dominated by the three large rivers Rhine (Rijn), Waal and Maas – plus a network of tributaries in the delta area.

The formal capital is Amsterdam, which with its 745,000 inhabitants (1.5 million in the metropolitan area) is also the country’s largest city. Government and parliament keeps however in The Hague – which together with the important port city of Rotterdam covers a metropolitan area with a total of around 3.3 million people.

The Netherlands has a coastal climate, summers are relatively cool and winters mild.

The Netherlands road network is good condition, but is dense and busy. The Netherlands traffic rules and road signs are similar to those of other European countries. There are a large number of cyclists and skaters on the roads. The most main roads have cycle lanes. Bicycles always have priority over cars.

Driver permits issued in Member States of the European Union or in Liechtenstein, Norway or Iceland are valid in the Netherlands. Foreign visitors from non-European Union countries may drive with their domestic driving permits and international driver licenses for up to 185 days.

It is illegal to carry or use any radar detection equipment.

Drivers must drive on the right side of the road.
The minimum age for driving a car is 18 years, a moped is 16
While driving, cell phones permitted only with hands-free systems.
In the Netherlands, there are no toll motorways.

A driver and all passengers in front and rear seats must wear seat belts.
Children under 12 who are shorter than 1.35 meters must sit an approved child car seat or raised booster seat. Children under three years may not be transported in a car without being strapped in to a seat.
Headlights should be dipped in built-up areas
Drivers should pay attention to cyclists
Vehicles coming from the right have priority unless otherwise signposted
Roads that have priority are denoted by a yellow-orange diamond shaped sign.
Busses have priority when pulling out.
Trams have priority except where signposted at major junctions.
While driving, foreign drivers must carry a driving license; if a driver license doesn’t have include a photograph, a passport; an International driver permit; car registration papers; a motor insurance certificate.

At least third party liability insurance is obligatory.
It is prohibited to cross a solid white line.

In the Netherlands, parking is not permitted next to black and white or yellow curbs. In almost urban districts parking is not free. In “P zone” – metered parking areas, parking tickets are available from the meter machine. The parking ticket must be displayed in the front window.
For parking in a blue zone, it is obligatory to have a time stamped parking disc which placed on the dashboard. It can be obtained at motor club offices, tobacco shops and police stations.
Warning triangle is compulsory.

RentaCarBestPrice.com offers car rentals in most cities in Holland and at all major airports. Try the search engine and be surprised by low prices on car hire.