Rental Car India
RentaCarBestPrice.com compare prices from a number of car rental companies and find the best price on car hire. Book with us and get necessary insurance and unlimited mileage included in the price. 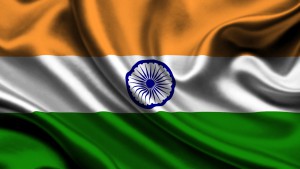 India is located in South Asia, and has 1.12 billion people (2009). The country is the world’s second largest state (with respect. Population) by China. The country is bordered by Pakistan to the west, China, Nepal and Bhutan to the north, and Bangladesh to the east. India has coastline to the Bay of Bengal, the Arabian Sea and the Indian Ocean.

India’s landscape is dominated by the high plateau Deccan, lowlands with fertile fields, desert and parts of the mountain chain Himalayas. India has mostly a monsoon climate, but also anywhere tropical and subtropical climates. From June to October, the country rainy season.

The capital New Delhi is the country’s second largest city, located north of the country. The city has 17 million inhabitants in the metropolitan area. New Delhi is the political and commercial center in the country and has several famous sights, including Lotus temple with its distinctive architecture.

India’s largest city is Mumbai (Bombay) – with 20 million inhabitants in the metropolitan area. Other major cities in the country is Kolkata (Calcutta), Chennai (Madras), Bengalore and Hyderabad.

India is an exotic and exciting tourist destination. The country has attractions within history, architecture, nature and wildlife. India is also a land of contrasts, with many different religions and cultural traditions. The west coast of the country at the Arabian Sea has several popular seaside resorts with beautiful sandy beaches, lush palm trees and lagoons.

The country’s biggest tourist attraction is the beautiful temple tomb Taj Mahal, located in the north – near the city of Agra. The temple was built in 1653 and is built in white marble.

Speed Limit
Speed limits would be varying in various states and it can be according to the vehicles as well. These Maximum Speed Limit of Motor Vehicles are set through the local government and people are required to follow all of them. If you are driving on the expressway and then it is common to drive on the speed till 100 to 120 km/hr. India is known to have very less expressways and one of the notable is Mumbai and Pune Expressway. It is highly recommended that you should avoid using the motorcycles and you speed should not be more than the 80 km/hr. These days, highway police is making usage of automated instruments through which they can track the speed of vehicles. If you would not be following the rules and regulations and then it may result in fine. The severe case can be you can get arrested or you would be required to make the fine as well.

Keep left to allow the traffic to pass on a two-lane road coming from an opposite direction on the right side and allow the vehicles on one-lane road behind you for overtaking from the right.

Slow down your speed at pedestrian crossings, road corners, intersections and road junctions and wait there till the passage ahead gets cleared. If you enter the main road then give way of passage to the vehicles passing by on the right side as the traffic on the main roads is not regulated.

Hand signals becomes necessary to give at times. Extend and pull out your right hand’s palm down when slowing the vehicles and swing the hand in the down and up direction. While stopping, your forearm should be raised outside vertically the vehicle, while changing the road lane or turning right towards left side, extend and rotate the right arm in a direction of anti-clockwise. To let the vehicle overtake behind you, swing the right arm forwards and backward in a motion of semi-circular.

Do not park near or at any road crossing, on a walking footpath or on the hill top, near pedestrian crossing or traffic light, road having heavy traffic or on main road, opposite or in the front of another vehicle parked to cause any obstruction, on white line roads, near hospital entrance, school or bus stop, next to the traffic signal whereby blocking the path for others, near any fire hydrant whereby the access gets blocked, at any buildings entrance, where it is restricted to park.

Do not drive on one-lane road except driving in the permitted directions. Reversing the vehicle in a wrong direction in a one-lane street is prohibited.

Do not cross the yellow line even while you are overtaking, that divides the road. On roads having defined lanes, appropriate signal indicators should be used before changing the lanes.

Do not cross the Stop line that is painted when you are stopping at any road intersection or junction or any pedestrian crossing. Beyond the marked line, your vehicle shall not bot move in any case.

Towing is permitted for only the vehicles which are disable mechanically or motor vehicles incompletely assembled, side cars and registered trailers. Other than this, vehicles can be towed to any nearest garage for delivery or at petrol pumps when they are untimely damaged.

Direction given to drivers which are either through the regulating traffic police officers or through traffic signals or road signals should always be followed. It is an offense if such directions are violated.

Keep the distance from any vehicle driving ahead of your vehicle in order to avoid any collusion taking place in case if the vehicle stops of slows down suddenly, it might cause accidents.

When road repair work is in progress, slow down the speed of the vehicle and drive at a maximum of 25 km/hours speed.

Do not carry any goods on any vehicle in such a way that it causes any danger to any person, or even load it in a way that the material or the goods on the vehicle laterally extends to the front, rear side or beyond any sides of the motor vehicle. Carrying dangerous, inflammable or explosive substances are prohibited taking by any vehicle of public service.

Overtake from the right direction of the motor vehicle being passing by. If there is an indication from the front vehicle driver indicating his turning towards right then you should pass from the left side. Remember to not overtake heavy vehicles or cut their way as they need much space to stop or slow down.

With RentaCarBestPrice.com you will find one of the widest selection of rental cars at lower prices than our competitors.