Rental Car Iceland
RentaCarBestPrice.com compare prices from a number of car rental companies and find the best price on car hire. Book with us and get necessary insurance and unlimited mileage included in the price. 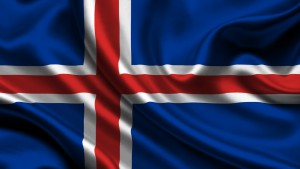 Iceland, located in the North Atlantic (between Norway and Greenland), is Europe’s second largest island – but has a relatively modest population (306,694 pop. In 2009). Historically, the island has been Norwegian (and eventually Danish) jurisdiction. In 1918 did however Island autonomy, but with the Danish king as formal head of state. Since 1944 the country has been an independent republic.

Most of the Iceland is made up of volcanic rocks, and the country still has several active volcanoes (eg Hekla). The coast is characterized by fjords and mountains, while the interior of the island is dominated by glaciers. The largest of them, Vatnajökull, has an area of ​​8,300 km2 whole.

The climate in Iceland is often described as the Atlantic, and is a cross between a temperate and a polar climate type. Summers are relatively cool (average + 11 degrees C in July), while winters are mild (average – 1 degree C in January).

Iceland’s capital, Reykjavik (approximately 118,000 inhabitants), located on the coast southwest of the island. This is Iceland’s most populous area, and nearby is also the second largest towns – Kopavogur and Hafnarfjordur. Several of the country’s main tourist attractions are also in this part of the country, including Thingvellir, the Vikings’ old stuff somewhere. By popular sites elsewhere in the country must Vatnajökull National Park and the famous hot spring Geysir mentioned.

Roads in Iceland are not as open and maintained as one might think. Barely a third of Iceland’s total network of roads are paved, the remaining are gravel or dirt, especially those winding through the middle of the country.

These roads are sometimes called F-roads. Naturally, loose gravel poses a problem on these roadways, and you should slow down and heed the signs reading “malbik endar,” which indicates a change from a paved road to a gravel road.

The paved roads are very narrow and might not have shoulders, and the majority of bridges are one-lane, shown by the sign “einbreið brú.” The main drag in the country is Highway 1, which loops 900 miles around Iceland. It is paved, but is sometimes shut down for repairs.

Some highland tracks may only be open for part of the summer, and you should always check with the Icelandic Road Administration, or Vegagerdin, before driving there or to other remote areas. In especially rural areas, you often drive a long way before hitting the next town or even a gas station, which is usually open 24 hours.

Travelers are advised to carry food and water in their cars and know where to find lodging in case they encounter road closures or severe weather. Beware of speeding drivers on long stretches of road and farm animals like sheep that wander into your path.

There are also roads in Iceland that snake up cliffs and have few barriers. Be extremely cautious if navigating these twists and turns, as a false move can be deadly.

Travelers who choose to rent cars to drive through Iceland should check their coverage level for certain types of roads, especially those in rural or unsecured mountain areas. Be aware, too, that renting a car here is expensive, especially for four-wheel drive vehicles, which are required if heading into the interior rugged parts of the country.

These can also include changes in river levels, which can make some areas completely impassable. It’s no wonder Icelandic law requires all drivers to keep their headlights on at all times.

Snow tires are also required after October. In terms of driving fatalities, 17 people died on Icelandic roads in 2009, a low amount by some estimations, but still a higher rate per capita than countries like England. Alcohol-related accidents do occur as well.

Iceland limits lower than in many other countries. The fastest you’ll probably be able to go is 80 to 90 km/h on paved highways. The speed limit for cities is typically 50 km/h in and 30 km/h in residential areas. Some other driving laws in Iceland include no right turns on a red light; yielding to the driver on the right at four-way intersections; and giving way to drivers in the inside lane in roundabouts.

Seatbelts for all passengers, even those in the back seat, are required. Cell phones can not be used without a hands-free headset.

If you don’t want to drive, it’s possible to get around Iceland via several bus lines, planes or by bike. Hitchhiking is also still an acceptable and safe form of transportation in this country. The only real danger to it is that you might wait long periods of time between seeing cars, sometimes as long an hour.