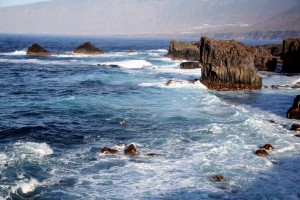 El Hierro, nicknamed Isla del Meridiano, is the smallest and farthest south and west of the Canary Islands, in the Atlantic Ocean off the coast of Africa, with a population of 10,162.