Are you looking for affordable car hire in Córdoba? Now a day’s it is very popular to rent a car, the majority choose to pick up a car at the airport. With car rental you and your family have the opportunity to take pleasant day trips in the areas surrounding and you will not be dependent on public transport. By comparing prices of car rental from several players, you can save a lot of money. If you prefer to retrieve the rental car in the city center, this is also possible. 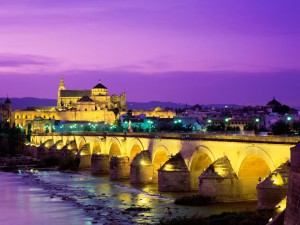 
Cordoba is an ancient city that has been listed as a World Heritage Site. Strolling through the historic quarter you will discover narrow weaving streets, alleys, impressive squares and whitewashed courtyards.

The city is centred around the Mosque-Cathedral, signifying its importance during medieval times. Le Mezquita (Cathedral), is considered one of the most important Islamic monuments in the western world and evidence of the former Mosque is clear. Inside the main doorway is a huge cobbled courtyard and the Orange Trees Patio, lined with low trees and water courses.

There are many other sites of interest within the city and they are best explored on foot or by horse and carriage as the streets are narrow and parking is a problem. Close to the Cathedral is the Puerta del Puente, The San Rafael Monument and the Museum of Fine Arts.

Other attractions include the fortress Alcazar de los Reyes Cristianos dated 1327; the Roman bridge crossing the river to the Torre de la Calahorra; the Synagogue with its impressive plasterwork; Capuchinos Square, the centre of which is the most worshipped place in the city with a large and unusual cricifix, surrounded by iron lamps and the 14th century Palacio de Viana with its 12 inner courtyards, named the Museum of Cordovan Patios.

The city and surrounding mountainous area offer many parks and outdoor areas to enjoy the natural environment of the province.

Within the city the plazas, parks and squares offer resting places and squares which were once used for bullfighting are now home to flea markets, shops and restaurants. Shop for handmade leather, ceramics and wickerwork.

Cordoba Airport is located about 9km from the city.