Rental Car Chile
RentaCarBestPrice.com compare prices from a number of car rental companies and find the best price on car hire. Book with us and get necessary insurance and unlimited mileage included in the price. 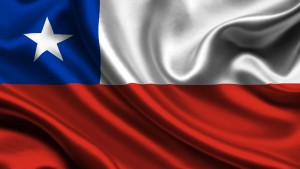 Chile, located southwest of the South American continent, has approximately 16 million inhabitants and an acreage of 756,950 km2. The country is long and narrow and has a coastline facing the Pacific throughout 4630 km. Otherwise bordering country of Argentina, Bolivia and Peru. Within coast dominates the Andes, where the highest peak in Chile side, Ojos del Salado, located 6,879 meters above sea level Far north we find the mineral-rich Atacama Desert.

The climate in Chile is predominantly temperate, but still with great variations – from the extremely dry areas around the Atacama Desert in the north to the relatively cold and humid climatic conditions in the far south (the archipelago Tierra del Fuego). Along the coast in the middle part of the country is the Mediterranean climate. The country has also many active volcanoes, and sometimes it affected by earthquakes.

The capital Santiago, which is also the country’s largest city (4.4 million. Pop.), Situated right in the country. Most towns, however, along the coast, and some of the greatest of these is Antofagasta, Vina del Mar, Concepcion and Valparaiso. Mention must also Punta Arenas on Tierra del Fuego, which is the world’s southernmost city. Tierra del Fuego is separated from the mainland by the famous Magellan Strait and the southernmost point of Tierra del Fuego – Cape Horn – was with its many storms, one of the most notorious places in sailing ships.

Chile is known for its many beautiful national parks, three of which are on UNESCO’s World Heritage List. It also makes the old town of Valparaiso.

Driving is on the right-hand side of the road and overtaking on the left.
To drive in Chile, a driver must be at least 18 years old.

Right turns are prohibited at red lights unless otherwise posted.
Seat belts are mandatory for a driver and all passengers.
Children from 6 months to 4 years of age while traveling in cars must be secured in an appropriate child restraint.
Children under 8 years mau not be ridden in the front seat.
At intersections without traffic lights, drivers must give way to vehicles on the right.
While driving, smoking is not permitted.
Whilst driving, using mobile phone without a hands-free system is not permitted.
Listening to a personal music player with headphones is not permitted while driving.

It is mandatory to have Obligatory Insurance for Personal Accidents.

Some major expressways (out of Santiago and some parts of Panamericana) are toll roads. Drivers have to pay toll at stations, but some new highways dispose of an electronic toll system. It is recommended to have Chilean pesos to pay frequent highway tolls
In Santiago, main roads may switch directions during morning and evening rush hours.
Major roads are generally in good condition; secondary and mountain roads may be poorly maintained.
Many Chilean drivers do not signal lane changes. Also some of them exceed speed limits, don’t maintain safe distances and keep posted road signs.
Foreign drivers should always carry car documents, passports, driver licenses and International driving permits with them.
It is recommended do not drive at night since heavy fog in rural areas may lead to vehicle accidents.
It is recommended to avoid driving in rush-hour between 7:00 (7a.m.) and 9:00 (9a.m.) and between 17:00 (5 p.m.) and 20:00 (8 p.m.).
Distances between destinations in Chile can be huge; it is advised to carry plenty of water and a spare tire.
All drivers who get into an accident in Chile have to have blood alcohol test.
Most parking places and streets are narrow, so smaller vehicles may be the better choice.

The police phone number is 133.

RentaCarBestPrice.com offer car rental in most major cities in Chile.