Rental Car Cannes
RentaCarBestPrice.com compare prices from a number of car rental companies and find the best price on car hire. Book with us and get necessary insurance and unlimited mileage included in the price. 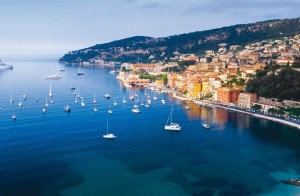 Cannes is a town and French commune located in the department of Alpes-Maritimes, in the Provence-Alpes-Cote d’Azur. It is one of the centers of the tourist region of the French Riviera or Riviera and home to its famous annual European international film festival and has about 70,000 inhabitants.

Cannes is a year-round destination for tourists and has a pleasant Mediterranean climate with mild winters and hot summers. The city is known for its beautiful beaches, luxury hotels, beach promenade “La Croisette”, good shopping and a bustling nightlife.

Cannes Film Festival is a world-renowned annual event that has been arrangerert here since 1946, and it is important both for the city and for the film industry. (Film Festival held 12 – 23 May 2010). In addition, the city has a promotional film festival and TV festival, and various musical and cultural events.

The old town of Cannes is located on a hill in the center, and there are, inter alia, ancient castles and monastery complex “La Castre”. Part of the complex is the tower “Tour de la Castre”, where one of the top has a wonderful view over the city and harbor. There are also several museums, including an archaeological museum and an ethnographic museum.

The nearest airport is Aéroport de Cannes-Mandelieu, which is a few km outside the city. Alternatively one can travel to the international airport of Nice – «Aéroport Nice Côte-d’Azur,” which is about 40 km northeast of Cannes.

The coast, with its famous Boulevard de la Croisette, is one of its most important tourist attractions, with its palm trees and the islands of Lérins, as part of the town. La Croisette is known for picturesque beaches and restaurants, cafes and boutiques. La Suquet, the old town offers a good view of La Croisette. The Tower and the Chapel of St Anne houses the Musée de la Castre. The Man in the Iron Mask was imprisoned on the Île Sainte-Marguerite.

The nineteenth century Cannes can still be seen in its grand villas, built to reflect the wealth and prestige of their owners and inspired by anything from medieval castles to Roman villas. The Italianate Villa Leonor Louise Lord Brougham (one of the first in Cannes) was built between 1835 and 1839, also known as the district des Anglais, this is the oldest residential area in Cannes. Another landmark is the Villa Fiesole (now known as the Villa Domergue) designed by Jean Gabriel Domergue in the style of Fiesole, near Florence. The villas are not open to the public. The Villa Domergue may be visited by appointment.