Rental Car Rennes
RentaCarBestPrice.com compare prices from a number of car rental companies and find the best price on car hire. Book with us and get necessary insurance and unlimited mileage included in the price. 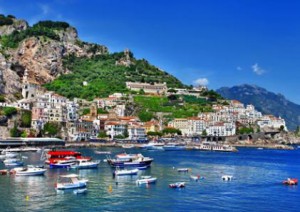 The historic center is located on a hill, and here are still preserved medieval buildings. One of the city’s landmarks – Justice Palace – built in the period 1618 to 1654 was completely destroyed in a fire in 1994. The Palace of Justice is currently rebuilt.

Some of the most visited tourist attractions in Rennes are: Les Champs Libres – a relatively new cultural center where one can find a library, Space Science (with interactive exhibits and planetarium) and «Le Musée de Bretagne”. Rennes also has an art museum – Le Musée de Beaux Arts with paintings and sculptures from the 1300s to the 1800s. Works by Picasso, Gaugin, Rubens and Dufy’s exhibition.

Otherwise, the public park in the center “Parc du Thabor” worth a visit. The park is a mix of French and English garden with beautiful stautues. The town’s botanical garden.

Rennes is located 308 km west of Paris, in a straight line. It occupies an eccentric position in relation to the whole territory of Britain, being 50 km from the eastern boundary of the region and 250 km from the western tip of Finisterre. Its western situation in relation to the rest of the country has prompted the play a central role in the Atlantic Arc, one of the major transnational regions recognized by the European Commission.

It is located in the heart of an urban area of 700,000, distributed among some 30 suburban communities. Play a crucial role in the economy of modern Britain.

The city of Rennes is one of the smaller cities with metro line.

The official language in Rennes, as throughout France, is French. The languages ​​traditionally spoken in the region are French and Gallo, a language of oïl officially recognized in 2004 as one of the languages ​​of Britain. Since the 1970s, in line with the rest of the Breton territory, the teaching of Breton has spread, and the number of people who speak Breton rising.

Rennes also has the first European “technopolis” Rennes Atalante a technological research center where multiple telecommunications research predominates. In Rennes Atalante Minitel, technology telecommunications widespread in France until the establishment of the Internet was invented.
Rennes has 80 buildings or parts of buildings, officially classified as historical monuments, including its important old town, where you can see whole streets lined with houses of the sixteenth century, with half-timbered facades.

Rennes has the distinction of having two main squares of the eighteenth century: the Town Hall Square, where also the Opera de Rennes and Brittany Parliament Square, which profoundly marked the history of the city. The Republic Square is dominated by the imposing Palace of Commerce, currently occupied by the central office. In the center of town Thabor park include a French garden, another to the English, and a large botanical garden.

The Basilica Saint Sauveur is located in the heart of Rennes was begun in 1703, but its construction was interrupted because of the great fire that devastated the city in 1720 It is inspired by Italian architecture of the XVIII century. Inside is a chapel dedicated to Our Lady of Miracles of Rennes who according to legend saved the city from the invasion of the British in 1357.

San Pedro Cathedral (Cathédrale Saint Pierre) neoclassical, is one of the nine historic cathedrals in Britain and is the seat of the Archbishop of Rennes. The ancient temple was completely replaced by a church in the twelfth century, which in turn was replaced by the present one in 1490, although it was not fully completed until 1845 after several reconstructions and renovations. The most important elements of the facade are two granite towers of 48 meters high.

The old town of Rennes, in a labyrinth of half-timbered houses and mansions with carved typical of the fifteenth and sixteenth centuries facades. This part of the old town was not devastated by the fire that devastated the city in 1720.

The Rennes Opera was designed by Charles Millardet and built by Pierre Louise. It is located in the Town Hall Square, right in front of it. It was inaugurated on February 29, 1836.
The Town Hall Square is the real center of the classical part. On the west side is the Town Hall (Hôtel de Ville) and on the east side, is opera. To the south, in Republic Square, is the Palace of Trade (Palais du Commerce), an imposing building decorated with a monumental sculpture, and now houses the central office.

The Mordelaises gates were built around 1440, and formed the main entrance to Rennes, ten possessed the city. The door consists of two towers with their battlements and a drawbridge. There are still some fragments of the wall.
Among other medieval and Renaissance architectural attractions, one can cite the Gothic churches of Saint-Aubin and Saint-Germain and Saint-Yves Renaissance chapel, which houses the tourist office in town.

Other interesting buildings of the twentieth century are the pool Saint-Georges, first heated pool in France (opened in 1923) and decorated with mosaics Isidore Odorico, Les Champs Libres cultural center, where the museum is located in Brittany, Theatre national Brittany and Les Horizons residential towers, one of the first French skyscraper, built in 1970.