Rental Car Campinas
RentaCarBestPrice.com compare prices from a number of car rental companies and find the best price on car rental. All prices on car hire in Campinas include necessary insurance and unlimited mileage. 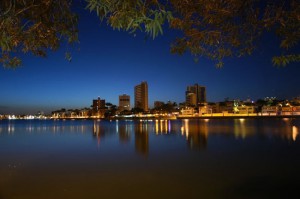 Campinas is located in the state of São Paulo in southeastern Brazil. It is about 100 km to the city of São Paulo, the largest in the state and about 170 km to the east coast of Brazil and the Atlantic Ocean. Campinas is the third largest city in the state after São Paulo and Guarulhos, and in 2007 the population estimated at over 1 000 000. The city was founded in 1774 and was an important trading center.

Campinas deadlines with much culture and activities such as theaters, symphony, galleries and parks. Bosque dos Jequitiba is an imitation of the ancient rainforest with a zoo and the Natural History Museum. One of the most famous parks are the Parque Portugal also called Lagoa do Taquaral. Here there is a small lake, beautiful scenery, hiking trails, sports stadium, restaurants and Scientific Museum and a planetarium. The old train station has been transformed into cultural center and from the water tower Castelo, you get a lovely view of the city.

Viracopos-Campinas International Airport is the second most important airport in the country is approximately 14 km outside Campinas.