Rental Car Argentina
RentaCarBestPrice.com compare prices from a number of car rental companies and find the best price on car hire. Book with us and get necessary insurance and unlimited mileage included in the price. 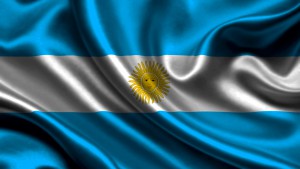 Republic of Argentina is the second largest country in South America (after Brazil) with approximately 41 million inhabitants (2009). Argentina is on the Atlantic Ocean in the south and east, and the west is the Andes – where the highest point is Aconcagua, which measures 6962 m

Argentina borders Paraguay and Bolivia to the north, Brazil and Uruguay in the northeast and Chile to the west and south.

The landscape consists of grass rich and fertile plains in the north (pampas), rolling countryside in the south with sand dunes and cliffs, and mountain areas in the west. The climate is mostly temperate, with subtropical areas in North and Sub-Antarctic areas completely in the south.

Capital Buenos Aires (3.7 million inhabitants in 2009), located on the east coast, is also the country’s main port – and the commercial and industrial center.

One of South America’s biggest tourist attractions are the Iguazú waterfalls, located in the north of Argentina – on the border with Brazil. Iguazú Falls has a drop of 80 meters, and is part of the Iguazú National Park. This is also a UNESCO World Heritage Site.

Argentina – which is tango homeland – is otherwise known for its culture, football, red wine and its hospitality.

Driving is on the right side and overtaking on the left side of the road.
The minimum driving age is 18.
In Argentina, most of the roads are in good condition, but there are also gravel and dirt roads.
Seatbelts are mandatory for a driver and all passengers.
It is mandatory to drive outside urban areas with headlights switched on during the day.
Children under 10 years old must always sit in the back seats of the car.

As a rule, the left turn is not permitted even at traffic lights.
Cell phones may only be used with a hands-free system.
It is mandatory for all cars in Argentina to have Civil Liability or third party insurance.
While driving, foreign drivers should have their original driving permits, International driver licenses, passport, some proof of insurance, vehicle ownership or rental papers.
It is required to have in the car: two safety triangles with reflecting surfaces, first aid kit, fire extinguisher inside the vehicle
The main highways in Argentina are toll roads.

In the case of accident, don’t move your car and call to police. Know insurance information and addresses with the other driver. If you have a camera, take pictures of the accident. Don’t argue with the police. You should give a copy of the police report to your insurance company.

Foreign visitors may drive in Argentina with their International driving permits.

The police phone number is 101.

RentaCarBestPrice.com offer car rental in most major cities and airports in Argentina. Some car rental companies we compare include Six, National, Alamo and Europcar.