Rental Car Waterloo
RentaCarBestPrice.com compare prices from a number of car rental companies and find the best price on car rental. All prices on car hire in Waterloo include necessary insurance and unlimited mileage. 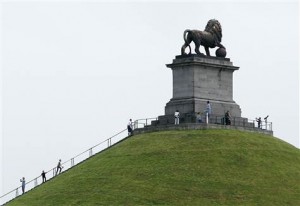 Waterloo is a city center in Belgium that are located far north of the southern region of Walloon. Belgium’s capital Brussels is located about 15 km north of Waterloo. In 2008, the population of the city measured at almost 30 000 and the town lives mostly on tourism. It was here that the famous Battle of Waterloo took place and many people take the trip to Waterloo because of this historical event.

18. June 1815 was the Battle of Waterloo, which actually took place 5 km south of the city. The French, led by Napoleon I, was beaten by the British and Prussians including General Arthur Wellesley and the Duke of Wellington in the lead. This was the final defeat of the French emperor and his last shot before he was deposed. Visitors can learn more about the battle and the area by visiting attractions such as the Wellington Museum.