Rental Car Villingen-Schwenningen
RentaCarBestPrice.com compare prices from a number of car rental companies and find the best price on car hire. Book with us and get necessary insurance and unlimited mileage included in the price. 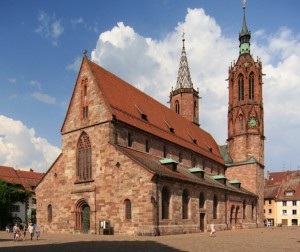 Villingen – or Villingen-Schwenningen, which the city today officially called – is far south of Germany, near the border with Austria. It belongs to the state of Baden-Württemberg, and has around 85,000 inhabitants (2008). Elva Brigach runs through the town, which has a relatively high location (700 m).

Villingen was in the Middle Ages an important Austrian city, while Schwenningen was a small village until the mid-1800s, when it was established a comprehensive clock / watch-manufacturing there. In 1972, as the two cities merged, although they are still physically separated from each other by a plateau.

One of the most exciting attractions in Villingen, the old, medieval embossed center. Here one finds among other things, a well-preserved city wall with a number of intact gates and towers. When it comes to architecture in general, be especially the old city hall from 1534 in late Gothic style mentioned. A popular attraction just outside the center – at an altitude 778 m – Is Aussichtsturm Wanne, the oldest observation tower in iron (listed in 1888).

Many visitors find happily also the way to Franziskaner Museum in the center of Villingen. Here one can ia see a tårnur from 1575 and a Scwarzwalder-watch from 1706. One of the main sights in Schwenningen is Das Uhrindustriemuseum, documenting the history of the city clock industry.