Rent a Car in Villajoyosa 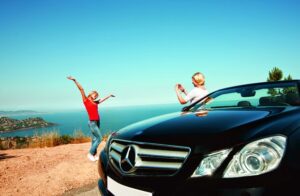 We offer a wide range of car hire in Villajoyosa in Spain, ranging from small cars that best suit a couple traveling alone on holiday, to large family cars and minivans where the whole family can travel together. Whatever you need, we have a rental car that will suit you well.