Rental Car Vejle
RentaCarBestPrice.com compare prices from a number of car rental companies and find the best price on car rental. All prices on car rentals in Vejle include necessary insurance and unlimited mileage.

Are you looking for affordable car hire in Vejle? It is very popular to rent a car in Vejle, the majority choose to pick up a car at the airport. With car hire in Vejle you and your family have the opportunity to take pleasant day trips in the areas surrounding, and you will not be dependent on public transport. By comparing prices of car rental in Vejle from several players, you can save a lot of money. If you prefer to retrieve the rental car in the city center, this is also possible. 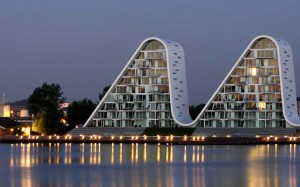 The city Vejle has 50,650 inhabitants (2009), and is located southeast of Jutland in Vejle Fjord – Region South Denmark. Vejle the Municipal Court in 1327, but archaeological excavations show that the place has been inhabited as early as the 1100s. Vejle’s oldest building is St. Nicolaj Church from 1250-century city landmark – Vejle Windmill was built in the year 1847.

Today the Vejle is a modern and attractive city with beautiful scenery, rich cultural life and good shopping.

Some of its most popular attractions is Vejle Kunstmuseum, Økolariet – an adventure center where the theme is nature, environment and energy, Jelling monuments – with the Viking graves and rune stone and Musikteatret – which hosts theater performances and concerts. Denmark’s first casino – Casino Munkebjerg – was opened in Vejle in 1990 and is still a popular attraction in the city.

Nearest airport is Billund Airport which is located 28 km west of Vejle.