Rental Car Torshavn
RentaCarBestPrice.com compare prices from a number of car rental companies and find the best price on car rental. All prices on car hire in Torshavn include necessary insurance and unlimited mileage.

Are you looking for affordable car hire in Torshavn? It is very popular to rent a car in Torshavn, the majority choose to pick up a car at the airport. With car hire in Torshavn you and your family have the opportunity to take pleasant day trips in the areas surrounding, and you will not be dependent on public transport. By comparing prices of car rental in Torshavn from several players, you can save a lot of money. If you prefer to retrieve the rental car in the city center, this is also possible. 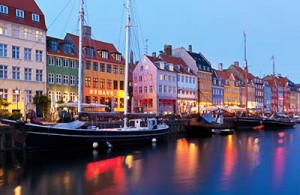 Tórshavn is the capital of the archipelago Faroe Islands, located in the Atlantic Ocean between Scotland, Iceland and Norway. Faroe Islands are formally part of Denmark, but since 1948 had autonomy. The archipelago has two official languages: Faroese and Danish.

City Tórshavn, which was founded already in the year 825 of Norwegian settlers, has 12,345 inhabitants (2007), while the population of the municipality Tórshavn is approximately 20,000. Faroe Islands consists of 18 islands and islets, and Torshavn located on the largest of them – Streymoy.

In the old town at Tinganes there are several preserved houses from the 1500s and 1600s – all with grass on the roof. Otherwise, cultural Nordic House from Tórshavn attractions. It was built in 1983 and has an interesting architecture in glass and steel – but with traditional grass roof. Other sights: Lista Longing Føroya (Faroe Islands Art Museum) and Føroya Forn Minnie Longing (Faroese National Museum).

Faroese only airport is Vágar Floghavn island Vágar. Otherwise there is a ferry connection from Torshavn to Hanstholm and Esbjerg in Denmark, Bergen in Norway, Scrabster in Scotland and Seydisfjördur in Iceland.