Rental Car Southampton
RentaCarBestPrice.com compare prices from a number of car rental companies and find the best price on car hire. Book with us and get necessary insurance and unlimited mileage included in the price. 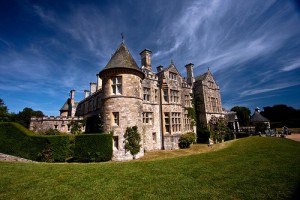 Southampton is located far south of England and belongs to the county of Hampshire. The city lies within the Isle of Wight, the very top of the bay Southampton Water which stretches from the English Channel. Near the place where Southampton is meeting the rivers Test and Itchen. Southampton is the largest city in Hampshire with a population of almost 250,000 (2008).

Southampton’s history stretches back to Roman times, which still is some evidence in the old town in the form of remnants of the Roman wall. The city has long been an important port and was injured during WW2. This meant that large parts of the city was destroyed, but several historic buildings survived, including the Museum Medieval Merchants House from the 1200s. Southampton is also a modern city that can offer good shopping opportunities, arranged tours of the center, boat trips on the water and a plethora of lush parks some of which originate from the Middle Ages.

Southampton Airport is only 7 km from the downtown core and is the 20th largest airport in the UK.