Rental Car Saudi Arabia
RentaCarBestPrice.com compare prices from a number of car rental companies and find the best price on car hire. Book with us and get necessary insurance and unlimited mileage included in the price.

Are you looking for affordable car hire in Saudi Arabia? Now a day’s it is very popular to rent a car, the majority choose to pick up a car at the airport. With car rental you and your family have the opportunity to take pleasant day trips in the areas surrounding, also you will not be dependent on public transport. By comparing prices of car rental from several players, you can save a lot of money. If you prefer to retrieve the rental car in the city center, this is also possible.
The country offers great natural and cultural experiences. It is advisable to book your car rental well before departure, so you’re sure to get just the car that suits you, at the lowest price. In certain periods there may be high demand among rental companies, and the cheapest cars are usually taken first. 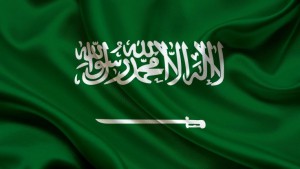 Saudi Arabia (about 24 million. Pop. 2007) is located in Western Asia, specifically in the Arabian Peninsula. The country is bordered by Kuwait, Iraq and Jordan in the north / northwest – and to Yemen, Oman and the United Arab Emirates in the south / southeast. In the east – on the Persian Gulf, where Saudi Arabia has a long coastline – the country has also common border with “Lilliputian states” Qatar and Bahrain. The country’s longest coastline one finds along the Red Sea in the west.

A large highland plateau extends throughout the length of the country – and also the Red Sea. Here there is both high mountains (especially in the southwest) and vast areas of sandy desert. The highest peak, Jabal Sawda, located 3,133 meters above sea level Towards the Persian Gulf is the landscape for some dominated by swamp and salt areas.

The climate in Saudi Arabia is predominantly dry and warm, but inland the fluctuations between day and night temperatures become very large. The country is poor in precipitation. Except for the period November-January rains practically not.

Saudi Arabia’s main attractions are linked to the cities of Mecca and Medina, which in Islamic tradition is perceived as sacred. In Mecca are also the holy Kaaba stone. Otherwise the capital Riyadh, which is fairly middle of the country, Saudi Arabia’s largest city (about 3.5 million. Pop.). The nearly equal Jeddah (approximately 3.4 million. Inh.) Situated on the Red Sea, and is the country’s main seaport.

Foreign visitors may drive in Saudi Arabia with their valid original driver licenses and International driving permits for three months. After that term, drivers need to obtain a Saudi driver license. Drivers from some countries, including from the United Kingdom and United States, may convertible their driver licenses to a Saudi license without a driving test.

Driving under influence of drugs, alcohol, or narcotics is an offence.

Driving is on the right side of the road.
The minimum driving age is 18 years.

Motorcyclists must wear helmets while riding.

It is mandatory to use safety seats for children when they are transported.
Car insurance is compulsory.
It is illegal to use hand-held mobile phones while driving.
All vehicles must have a front and rear license plates.
It is not permitted to stand on the railroads.
At the intersections of equal access, traffic from the right has the priority.
Vehicles which are already on the roundabout have a priority above cars outside.
It is required to drive in tunnels with lights lighting.
All drivers must stand at checkpoints and security patrols.
It is not permitted to pass school bus when it stopped to load or download children.
It is illegal to throw any objects on the road while driving.

The police phone number is 999.

In Saudi Arabia, women are not allowed to drive or ride bicycles on public roads.
Drivers involved in an accident in Saudi Arabia may be held in custody regardless of fault. In the case of an accident, foreign visitors should immediately contact their embassy or consulate.