Rental Car Santo Domingo
RentaCarBestPrice.com compare prices from a number of car rental companies and find the best price on car rental. All prices on car hire in Santo Domingo include necessary insurance and unlimited mileage.

Are you looking for affordable car hire? Now a day’s it is very popular to rent a car, the majority choose to pick up a car at the airport. With car rental you and your family have the opportunity to take pleasant day trips in the areas surrounding, and you will not be dependent on public transport. By comparing prices of car rental from several players, you can save a lot of money. If you prefer to retrieve the rental car in the city center, this is also possible. 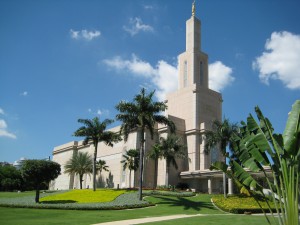 Santo Domingo located in the southeastern part of the Dominican Republic. The city lies at the southern coast and is bordered by the Caribbean Sea. Santo Domingo is the largest city and capital, and in 2008 the population measured at about 2200 000. Bartolomeo Columbus, brother of Christopher Columbus, founded the city in 1496. It once was the city on the River Ozama right bank, but in 1503 was Santo Domingo moved to the West Bank.

It is in this city several of America’s oldest buildings are located. Among other Santa Maria Cathedral, which is still in use, built in 1523. The oldest main street of the New World called Calle Das Lamas and is located in the historical district Colonial City. In the area there are many historic buildings and museums. One of the more modern attractions include the National Aquarium, where visitors can watch the sea life through a glass tunnel.

Las Américas International Airport is the second busiest airport in the country is approximately 20 km outside the city.