Rental Car Regina
RentaCarBestPrice.com compare prices from a number of car rental companies and find the best price on car rental. All prices on car hire in Regina include necessary insurance and unlimited mileage. 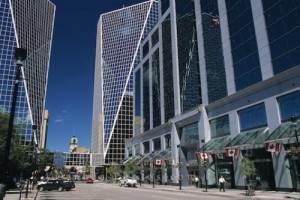 Regina belongs to the southern province of Saskatchewan which lies to the east in Canada’s western part. The city is located south of the province, not far from the US border. Regina became the capital of Saskatchewan in 1905, and in 2008 the population measured at nearly 180,000 within city limits. Regina was founded in 1882 when the transkanadiske railway line was added and named until then Oscana.

Regina was the headquarters of North Western Mounted Police until 1920 and is today the western headquarters of the Royal Canadian Mounted Police. To learn more about the country’s mounted police can visit the RCMP Heritage Center. Other museums that are devoted to the area and its history is Royal Saskatchewan Museum and Regina Plains Museum. The city has many parks and activities, including golf, tennis and biking as well as galleries and theaters. Casino Regina deadlines with different game tables and an entertainment stage.

Regina International Airport is located about 7 km outside the city center and was the second busiest airport in Saskatchewan in 2008.